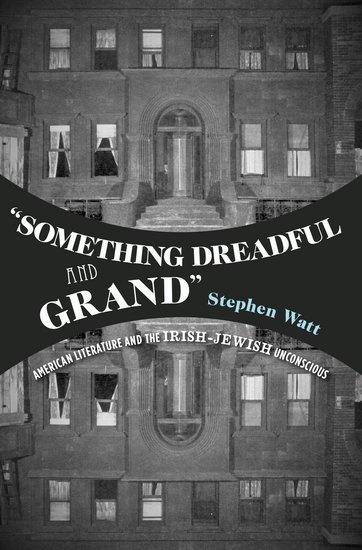 In Roddy Doyle’s A Star Called Henry (1999), Henry Smart (the slum-born, sewer-dwelling anti-hero of 1916 and the War of Independence) meets fellow outcast, David Climanis, a Latvian Jew. Just as Doyle previously posited an analogy between African Americans and working class Irish in The Commitments (1987)—one much cited in transatlantic studies—here he suggests an affinity between Jews and the Irish. In an attempt to explicate his identity, Climanis tells Henry, “I am a Jew. But I am not Jewish,” and “I am a communist but not a communist.”[1] He clarifies these paradoxes by explaining that while he is culturally Jewish, he does not believe in Judaism, and that while he believes in communism, he does not believe in its manifestation in the Soviet Union, where his family has been murdered for their Jewishness. Jews, it seems, prove an exception to Russian Communism’s purported universalism. Through Climanis’s death at the hands of the IRA, Henry comes to learn a similarly hard lesson about Irish nationalism, a movement for all Irish…barring the urban poor, the Jews, and any other subordinate group that falls outside the male, Catholic farmer ideal. Some Irish are simply more Irish than others.

It is connections like these that Stephen Watt’s new book,“Something Dreadful and Grand”: American Literature and the Irish-Jewish Unconscious (2015), sets out to explore—occasions when Jewish characters appear in Irish texts, or when Jewish writers turn to Irish counterparts for inspiration, aggravation, or models of assimilation. Doyle, for instance, looked to E.L. Doctorow’s Ragtime (1975) while constructing Henry’s at once playful and momentous historical narrative. Doctorow, himself swayed by James Joyce, saw the cognate patterns of Irish and Jewish acculturation in America: “[Jewish immigrants] were filthy and illiterate…They had running sores. They had no honor and worked for next to nothing…They killed each other casually. Among those who despised them the most were the second-generation Irish, whose fathers had been guilty of the same crimes.”[2] As Watt shows, the Jews and Irish loom frighteningly large in one another’s imaginations, in part, because the differences between them are so slight.

To address these projections, Watt theorizes an “Irish-Jewish Unconscious”: that is, a collective “repository” of intertwining Irish and Jewish popular and literary cultural products “that might be regarded as underlying modernity itself” (2). Watt descends into this vast creative cavern and resurfaces with a temporally and spatially expansive, yet cogent, narrative, which proceeds from the nineteenth- to the twenty-first century, focusing predominantly on America, with enlightening flashes of Ireland and Britain. The book is, moreover, culturally expansive: its chosen texts include not merely high literary “gems” but melodramatic theater and popular song, artifacts once relegated to the slagheap of popular culture. For example, Watt achieves a nuanced interpretation of the plays of writers like the once-maligned Dion Boucicault, suggesting that they “performed cultural work” in “the successful assimilation of Irish” in America and in their later refashioning as archetypes for Jewish integration (58). Watt dispels any lingering scruples as to the critical worth of nineteenth-century sentimental or farcical drama by repeatedly unearthing allusions to them buried in the rich soil of that greatest example of Jewish-Irish literary convergence, Joyce’s Ulysses (1922).

Watt develops his theories from psychoanalysis, transatlantic studies, poetry, and theater, eloquently adapting them for his purposes. By way of illustration, the book’s title is taken from John Patrick Shanley’s play, Outside Mullingar (2014), and captures the uncanny combination of animosity and attraction that long existed between Irish and Jewish communities in America. Watt adds depth to this potential academic truism by pointing out the “excessive” or performative nature of this oscillation between temptation and repulsion. Indeed, he convincingly argues, it is as much through theater, film, and radio, as through youthful street battles and intermarriage, that the Irish and Jews encountered one another in the New World. Even when they encountered their “own kind” in these media, there often remained traces of the Other. Drawing on Freud, Watt terms this process “surrogation”: “positioning Jewish characters in familiar narratives, particularly ones in which Irish characters had previously occupied central roles…encouraged audiences to reconceive or transcode the foreign as the familiar, the exotic as the domestic: in short, the Jewish as the Irish and, later, vice versa” (73).

While the first chapter sets out the book’s theoretical foundations, the second, “The Cultural Work of Immigrant Melodrama,” disinters the neglected modernist play, Procession: A Jazz Symphony of American Life in Four Acts (1925), by the Jewish-American writer John Howard Lawson, who is remembered now for his blacklisting more so than his playwriting. Centering on a miner’s strike, Procession explores “all that labor connotes materially and affectively to immigrants” (42). Unorthodoxly, Watt contrasts Procession with the Irish-American Augustin Daly’s lowbrow (and likewise forgotten) Under the Gaslight (1867), finding that “on occasion, even the most predictable melodramas anticipate socialist critiques by underscoring both the class inequities capital produces and…the monstrous reshaping of the human subject it eventuates” (59).

Chapter 3 takes in Daly’s 1862 play, Leah, the Forsaken (the story of the eponymous love-wronged “Jewess” that finds such resonance with Leopold Bloom and his father), and international stage sensation Henry Irving’s revisionist Shylock—whose speech from the dock takes on a very different hue when viewed through the lens of Irish nationalist iconography. Leah and Shylock “elicited great [if ambivalent] sympathy from audiences” (84); on the other hand, dramatizations of George Du Maurier’s Trilby (1895) conjured up a less positive, if no less fascinated, public reaction, specifically regarding the nefarious relationship between the Jewish Svengali and the Irish-Scots model, Trilby O’Ferrall. For comparative purposes, Watt closes with a section on James O’Neill’s Sisyphus-like transformation into the Count of Monte Cristo and the inability of reviewers to forget the tragic actor’s Irishness. Here is another example of Watt’s expansiveness, as he considers not only the Irish and Jewish characters within a particular play’s text, but also the (frequently discussed, frequently invented) ethnic identities of the players and the significance this had for original and later audiences.

The fourth chapter delves into George Bernard Shaw’s complex relationship with the Jews, taking as a marker his complex relationship with the Irish. From here, Watt journeys through “the work of Elmer Rice, Clifford Odets [friend of Sean O’Casey], and Arthur Miller and explore[s] modern American drama’s Irish-Jewish substrate” (125). Throughout, he finds and interprets instances of what Zygmunt Bauman terms “allo-Semitism” (qtd., 17)—the (positive or negative) belief that the Jews are exceptional—and his own parallel formulation, “allo-Hibernianism” (x), proving that the idealization of supposed essentialist qualities of an ethnic group can be just as problematic as their demonization.

True to its title, the final chapter, “The New Wandering Rocks,” is prone to delightfully eclectic intellectual peregrinations. Commencing with Leopold Bloom’s sinful storybook shopping, the chapter leads on to Brendan Behan’s friendship with Norman Mailer, Harold Pinter’s literary and literal Irish excursions, and the fiction of John Banville and Bernard MacLaverty. Watt’s light touch serves to accentuate his dark material, which wonders, “How is collective memory inflected by the construction of analogies between the Famine and the Holocaust—or between the ‘Troubles’ in late twentieth-century Northern Ireland and the Holocaust?” (168). Following Michael Rothberg’s thesis in Multidirectional Memory (2009), Watt endorses the careful consideration of such correspondences, rather than discounting them out of hand lest they encourage hierarchies of victimhood. He ends, fittingly, with the late Brian Friel’s Philadelphia, Here I Come! (1963) and turns the reader’s attention toward today’s migrants embarking for America, and—surprising as it would be for Gar O’Donnell—for Ireland.

On first reading, the lack of an independent conclusion appears to be the study’s only minor flaw. Following further perusal, however, it is evident that Watt has struck such a rich deposit that any capstone would be specious. The book fairly erupts with previously unconsidered Irish-Jewish interrelations, which are deftly handled by the author and, at the same time, are suggestive of ground ripe for future scholarship. In this light, the final chapter turns out to be an anti-conclusion of sorts, an opening-up as much as a summing-up. Just as Roddy Doyle moved from Irish-black to Irish-Jewish comparisons, transatlantic studies has expanded beyond Irish-black analyses into Irish-Jewish-black and Irish-Jewish territory. Building on the work of George Bornstein in The Colors of Zion: Blacks, Jews, and Irish from 1845 to 1945 (2011), and joining that of Abby Bender’s Israelites in Erin: Exodus, Revolution, and the Irish Revival (2015) and M. Alison Kibler’s Censoring Racial Ridicule: Irish, Jewish, and African American Struggles over Race and Representation, 1890-1930 (2015), “Something Dreadful and Grand” ploughs a deep furrow in the new and exciting field of Irish-Jewish studies.