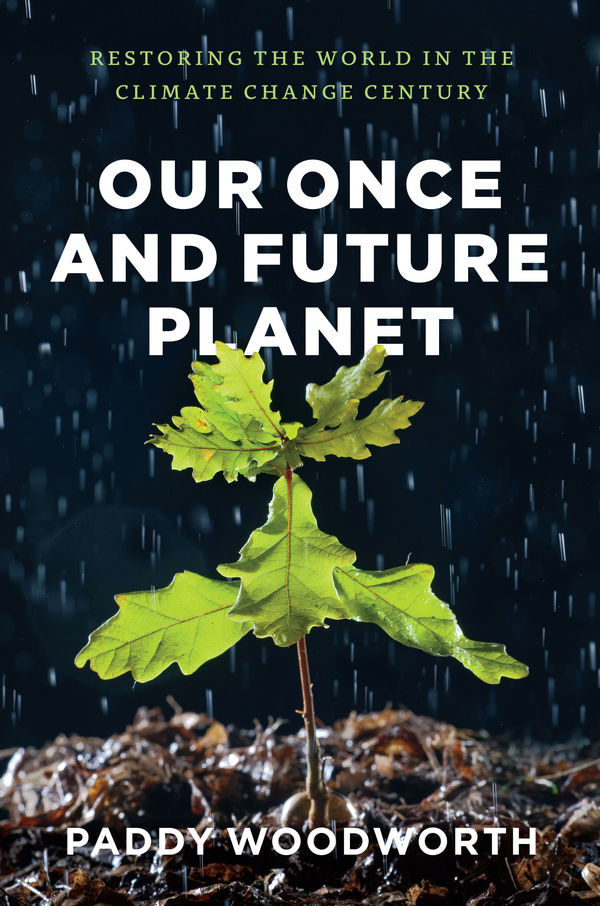 Paddy Woodworth. Our Once and Future Planet: Restoring the World in the Climate Change Century. Chicago: University of Chicago Press, 2013, 515 pp.

Conservation science can seem rather depressing, its message a grim litany of loss. Typical, perhaps, was a paper published in June 2015, in the academic journal Science Advances, which offered a new calculation of the rate of loss of vertebrate species in the last century, which showed that the Earth was entering a “sixth mass extinction.”[i] The analysis was new, but the term “sixth extinction” was recycled (it had been used as a book title by Elizebeth Kolbert in 2014, and before that by Richard Leakey and Roger Lewin in 1995),[ii] and its apocalyptic tone only too familiar. Over the last century, the story of conservation has been written in terms of heroic battles to slow the retreat of nature in the face of human demands for resources and living space. Conservationists seem to relish being doughty losers, living, like Aldo Leopold’s ecologist, “in a world of wounds.”[iii] And conservation writers can sound like the Ancient Mariner, stopping one in three with a dire, uncomfortable, and deeply unpalatable tale.

It does not have to be like that, as Paddy Woodworth shows in his profoundly optimistic book, Our Once and Future Planet. This work is concerned with the possibility of ecological restoration, of putting nature back together (or making space and opportunity for nature to put itself back together). Woodworth reports from the conservation front line, and explores the work of some of nature’s great enthusiasts and visionaries. He opens with the genesis of the book, in a conversation after visiting a project burning prairie grassland in the effort to restore it. At that time Woodworth was researching a different book on bird migration, and he starts his narrative with the work of the International Crane Foundation, including its wonderful notion of re-establishing the Mississippi-Atlantic migration of whooping cranes across eastern North America by getting young birds to follow microlight aircraft. From dawn in Wisconsin and Georgia, the book reaches out across the globe, ranging range far and wide in search of stories of ecological restoration, including South Africa, Chicago, Italy, Australia, New Zealand, and Ireland.

The danger with such a recipe is that the book might become a catalogue of bland good news stories. Our Once and Future Planet avoids this trap, in two ways. First, because Woodworth takes the reader straight into the science of ecological restoration and, in particular, the work of the Society for Ecological Restoration, whose annual meetings he has attended, whose sometimes disputatious scientific stars he has interviewed and befriended, the book is thus, in part, a successful attempt to present systematic scientific thinking about restoration to the public. If this sounds dull, it is not, because Woodworth is by training and instinct not a scientist but a journalist. As a result, his story is throughout about people, the places they work in, and the their beliefs, obsessions, and visions. And this is also the secret of the second way in which Our Once and Future Planet avoids blandness. Woodworth’s account of restoration is as much about failure as success, and he finds plenty of both. His gaze is unflinchingly honest, and he is a thoughtful guide to complex and sometimes controversial debates that sit at the border between science and politics.

Restoration advocates tend to be passionate and inspirational, but they can also be domineering and obsessive. Woodworth presents the choices and challenges in ecological restoration through a wonderful cast of characters. So in South Africa, he analyses the Working for Water project, one of conservation’s classic “win-win-win” success stories in controlling water-guzzling exotic trees (“alien invasive species”). But he also interviews its critics, who point out that the impact of clearance on water yields is inadequately proven, and that invasive species spread back as fast as they are cleared. In Chicago, he meets the visionary restorers of the prairie and savanna of the North Branch Restoration Project, and he also meets those who objected to the way restoration was done, especially local residents who resented having trees on their local patches removed in the name of ecological restoration. Objections led to a moratorium on restoration activity and serious and lasting controversy. In Italy, Woodworth reviews the attempt to restore agricultural terraces in the Cinque Terre National Park near Genoa, whose visionary President ended up under arrest.

The joy of this book is that it deals with the science of restoration—readably and carefully—but it makes it quite clear that the biggest challenges of restoration are often political and not scientific. It is people who make decisions about how to manage nature—whether to damage or repair it—and their decisions reflect human values. Restoration scientists argue about how to set “targets” for the ecosystems they engage with, but while their science can be quite good in predicting the consequences of different actions, it cannot prescribe what ought to be done. And in many cases the science is not available when projects start, but only emerges as projects develop, in the kind of ad-hoc arrangements often optimistically described as “adaptive management”: suck-it-and-see action, constrained by slim budgets and short funding timeframes, decisions taken without the full range of information needed.

Restorationists are by necessity experimenters, opportunists, often risk-takers. This is true of Daniel Janzen’s remarkable work on the dry forests of Costa Rica and the work of Gondwana Link in the Mediterranean scrubland of southwest Australia, but it is equally so of Bord na Móna ecologists restoring peat bogs in Ireland. In each of his cases, Woodworth finds the people on the ground, and listens to them; he explains what they are doing, and why they think their work is a good idea. And he listens to those who differ. Can ecosystems be restored to a past pristine state (the answer is no)? Should restoration focus on the variety of living things in ecosystems or the “ecosystem services” society needs (like freshwater)? What should be done about the fact that ecosystems are increasingly “unnatural,” transformed by human action into “novel” forms? This is a book about people, and nature, but above all it is a book about ideas.

The case studies in this book show how restoration can “galvanize individuals, communities and societies to action” (435). But it can also be controversial. Woodworth demonstrates that restoration is not something that can be read from a recipe book. There is no single way to restore nature, but many. Therefore, restoration is not really (or not just) scientific but also profoundly cultural. And for this reason, restoration is also profoundly political, because tough choices must be made amongst people who are quite likely to disagree. Whether felling trees in Chicago or Clonbur Woods, poisoning predators in New Zealand forests or closing drains on Irish bogs, restoration ecologists have to be consummate communicators, helping society understand human roles in nature, and making choices about the future.

Our Once and Future Planet is a long, detailed, and in the end encouraging book. In the final chapter, Woodworth asks why we need ecological restoration. His answer is familiar enough: because of the sixth extinction, the loss of biodiversity, the inexorable spread of concrete and fields, dry watercourses and pollution, and above all anthropogenic climate change. Restoration is, as Woodworth puts it, an opportunity to cross “from denial and despair to hope” (435). Restoration is indeed a new way of engaging with nature, one that demands that we both look back to the past and forward to the future. It is vitally important but also extraordinarily challenging.