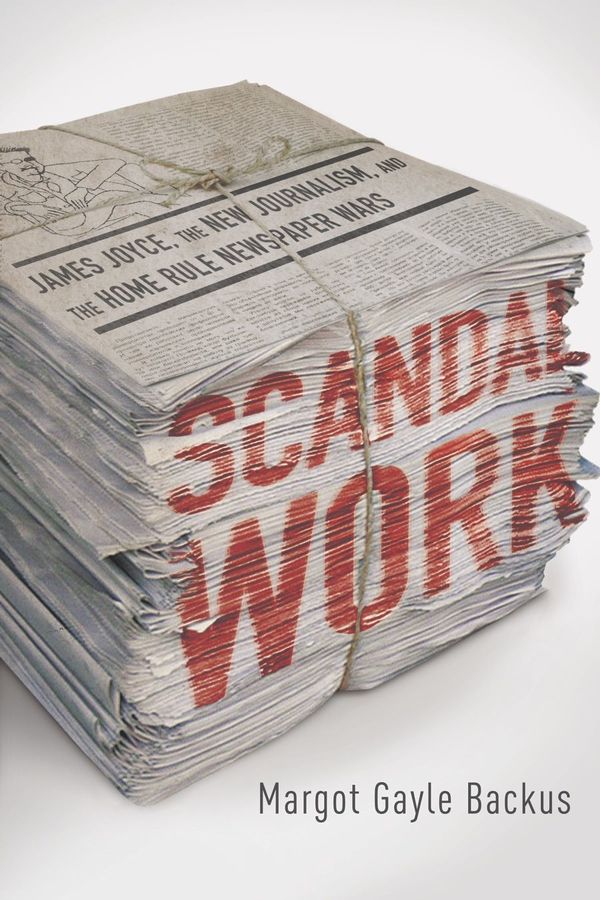 “A writer,” Joyce had once written to Djuna Barnes, “should never write about the extraordinary. That is for the journalist” (quoted in Backus 89). This nugget of aphoristic wisdom, like Joyce’s many others scattered across his literary writings, has as much relevance to contemporary times as to the historical period that instigated it. It certainly speaks to the revelation of private (read nude/sexual) images of celebrities resulting from a hack of iCloud in August of last year that media outlets called “The Fappening” and “Celebregate.” What was really interesting about the “The Fappening” was that most reportage seemed to be caught in a double-bind: journalists could focus on the private nature of the images or they could report on the security loophole that had allowed hackers access into people’s iCloud accounts. Most reports attempted a balancing act between these two – unless they were tabloids – which highlighted the fact that the newsworthiness of “The Fappening” depended far less on the seemingly burgeoning fragilities of Cloud storage as it did on the fact that these were images not of Joe Doe but Hollywood celebrities. This is borne out by statistics supplied by “Google Trends” which shows that searches for Jennifer Lawrence not only shot up (to a 100 points) in August but that searches for “Cyber Security” or “iCloud” were dismally low in the same period. That sex sells is not news. What the Trends show, however, is that crime does not by itself sell anymore. The extraordinariness of “The Fappening” was of course the fact that the “public” was suddenly allowed to glimpse into the intimate lives of social icons, and come to moral conclusions about them, which is why a story about cyber security had all the titillating curves of a scandal.

Early in his career Joyce learned that scandal not only has widespread appeal but that it could easily be a means to throw into disarray political destinies. In Scandal Work: The New Journalism, and the Home Rule Newspaper Wars, Margot Gayle Backus suggests quite well that scandals allowed the substitution of moral battles with political ones, allowing, for example, Irish Land League MPs to undercut colonial administrators. It was of course the same scandal logic (Backus’s term) that, at least partially, accounted for the downfall of Charles Stewart Parnell. The collapse of Parnellite politics that came so close to Home Rule for Ireland was, as most readers of Joyce quickly figure out, central to the writer’s conception of the world. Thus, scandal (and hearsay) figures prominently in his writings not as moralisms but rather as litmus tests for social anxieties and political wrongdoings.

Backus’s book situates Joyce within this scandal logic, contending: “Joyce entered into a complex, lifelong engagement with scandal, both as a genre and a social and historical dynamic” (5). She builds on scholarly work such as Michael de Nie’s The Eternal Paddy that studies the portrayal of Irishness in the British Press of the nineteenth-century, and the excellent James Joyce, Sexuality and Social Purity by Katherine Mullin, among many others. Scandal Work provides close textual analysis of Joyce’s earliest writings up to Ulysses and thickens in a palimpsestic manner the political and gendered connotations of what scandal work might actually signify.

The strength of Backus’s argument lies in her contention that Joyce increasingly recognized the journalistic coverage of scandal as the ultimate means to control and subvert artistic activity. She notes that Joyce’s focus on scandal was the equivalent of a “literary praxis capable of wielding those same [scandalous] words as a means of self-defense” (89). Self-defense may not be the proper phrase here, especially when the logic of scandal depends on being offensive: in essence Joyce deflated the extraordinariness of a scandalous event and replaced its moral politics with a self-scrutinizing social analysis made possible through Joyce’s characteristic double-edged language. Backus charts the deep history of the modern political sex scandal from the pages of the nationalist newspaper United Ireland to “mainstream print capitalism” as evinced in the famous Oscar Wilde trials (61-62). She argues that Joyce’s language, which so often borders on the salacious, effectively breaks down the boundaries between private and public spheres: an efficient anti-colonial language meant to subvert and challenge established social, gender, and political hierarchies. In Joyce’s modernist writings the scandalous operates in a reverse logic: moralisms are politicized, as if naked images of Jennifer Lawrence might be a symptom of the lack of anonymity and security offered by the confession box otherwise known as the worldwide web. As Oscar Wilde quipped, “To be understood is to be found out” (quoted in Backus 165).