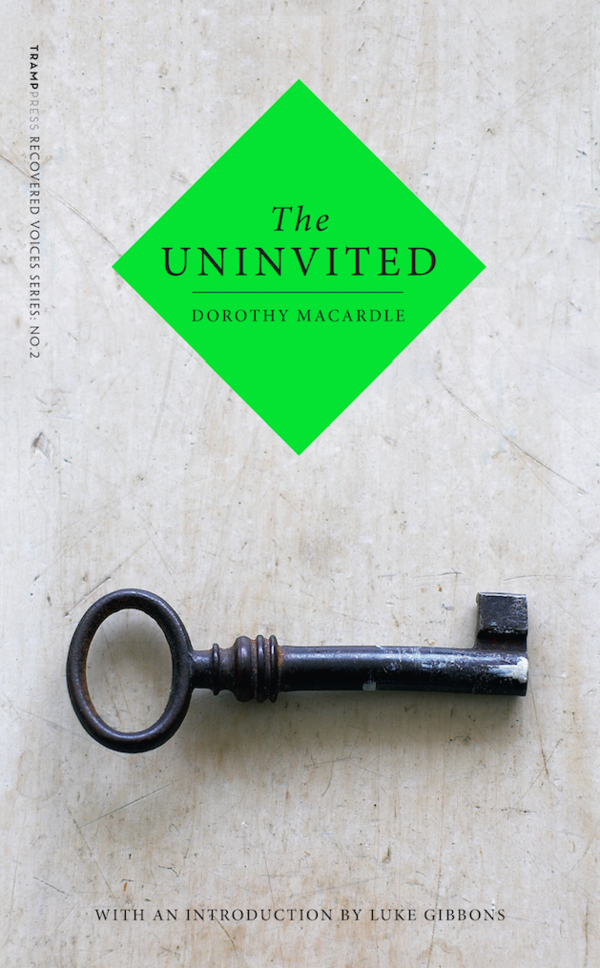 Dorothy Macardle’s 1942 novel, The Uninvited, focuses on the efforts of siblings Roderick and Pamela Fitzgerald to deal with supernatural occurrences in Cliff End, their newly purchased home on the coast of Devon, England. Soon after moving into the house, the Fitzgeralds learn of past tragedies associated with it: fifteen years before the events narrated in the novel, Cliff End’s owner, Mary Meredith, fell to her death from a precipice close to the house, and a short time later, Carmel, the houseguest whom numerous locals blame for Mary’s demise, also died. Local legend suggests that Mary haunts Cliff End, making the house unfit for human habitation. Although Roderick, who narrates the novel, initially dismisses the notion of the haunting, he becomes convinced after experiencing numerous unusual sights, sounds, and sensations in the house. Visitors to Cliff End—particularly Stella Meredith, Mary’s daughter, who quickly forms affectionate friendships with Pamela and Roderick—also report strange happenings. Hoping to find a way of stopping the haunting by appeasing Mary’s spirit, the Fitzgeralds investigate her life and death and eventually make some surprising discoveries: Carmel, not Mary, gave birth to Stella, and the ghosts of both deceased women remain at Cliff End. Once in possession of this information, Roderick and Stella are able to release the spirits from the house. The novel concludes with Roderick and Stella agreeing to marry and to continue residing at Cliff End.

As this summary demonstrates, The Uninvited prominently features several female characters. Additionally, the novel consistently engages with questions concerning what constitutes appropriate behavior for women. The conflict between Mary and Carmel can be seen as a clash between two disparate modes of femaleness. Upon viewing a portrait of Mary, Roderick compares her appearance with that of a nun and says he “could imagine her pictured … in a stained-glass window with a halo about her head” (15). People who knew Mary likewise associate her with holiness—many think of her as “almost a saint” (104), crediting her with abnormal amounts of gentleness and magnanimity. Carmel, on the other hand, has a very poor reputation. Residents of the area around Cliff End label Carmel a “wildcat” prone to outrageous displays of temper (39), while Mary’s closest friend calls Carmel a “hussy” and a “slut” for having an affair with Mary’s husband (156, 157). Such descriptions not only portray Mary and Carmel as diametric opposites but also show that the local community privileges the former’s placid type of femininity over the latter’s demonstrativeness.

While the locals’ veneration of Mary immediately strikes Roderick and Pamela as unnatural, the siblings do not at first question the popular characterizations of Mary as an innocent, good-natured victim of marital betrayal and Carmel as a vengeful, immoral schemer. In the course of their investigations, Roderick and Pamela revise their opinions of the dead women but continue to view them as sharply contrasting types. Roderick and Pamela come to see Mary as a cold disciplinarian who sought to impose her standards on everyone around her and treated both Carmel and Stella callously. Carmel, in turn, seems to Pamela “a kind, faithful, gentle girl,” devoted to Stella but persuaded to let the Merediths raise her because they could provide her with a more comfortable life (290). The Fitzgeralds’ conceptions of Mary and Carmel substitute an unemotional/emotional dichotomy for the locals’ saint/sinner one.

By alternately demonstrating traits associated with both sides of these dichotomies, Stella represents an uneasy mixture of Mary’s and Carmel’s types of femininity. Following Mary’s death, her father, Commander Brooke, assumed guardianship of Stella, and he aimed to replicate Mary by instilling all of her opinions, preferences, and habits in the child. As a result of this training, Stella often acts with polite reserve. Sometimes, however, she exhibits the warmth and enthusiasm characteristic of Carmel, and it is on these occasions that she most closely bonds with the friendly, animated Fitzgeralds. Roderick describes Stella’s temperament as “a harmony wrought out of stern discipline imposed on a nature intrinsically wild and free” (175), but in the later chapters of the novel, this harmony vanishes: Stella alternates between calm obedience to and angry rebellion against the Commander’s orders so erratically that her physician wonders if she is becoming schizophrenic.

Stella’s moods stabilize, however, once she knows the truth of her maternity. Trying to imitate Mary has been a strain, Stella admits, because she is “so unlike her” (303), and she no longer feels obligated to bear this strain after learning that she is not Mary’s biological daughter. Roderick, too, feels relieved because he prefers Carmel to Mary and hopes that Stella has inherited her mother’s “warm, impetuous … blood” (291). Such thoughts reveal that Roderick’s preferred type of femininity includes kindness, affectionateness, and responsiveness to the needs of others.

The novel itself also endorses this demonstrative form of femininity by rewarding those who embody it. As noted, Stella becomes engaged to Roderick and thus can fulfill a lifelong dream of returning to inhabit Cliff End, while Carmel receives the recognition she craves from her daughter, which sets her spirit free. Conversely, the austere femininity Mary exemplifies receives scornful dismissal, as Roderick banishes Mary’s ghost by laughing at and insulting her.

Issues related to types of womanhood receive some attention in Luke Gibbons’s introduction to the recent Tramp Press edition of The Uninvited. Perhaps most interesting for Irish Studies scholars are the connections Gibbons draws between the representations of Mary and Stella and Macardle’s disappointment regarding the Free State’s simultaneous idealization and subjugation of women. Such connections help to substantiate Gibbons’s claim that The Uninvited is an “Irish story,” despite taking place entirely in England (xii). Additionally, Gibbons provides a biographical sketch of Macardle, which highlights her contributions to Ireland’s political life, as well as literature, and shows why her work deserves more attention from both academics and the reading public.

Tramp Press’s publication of The Uninvited, as the second text in its Recovered Voices Series, represents a crucial step in the process of renewing interest in Macardle’s writings. Like the majority of her work, The Uninvited had previously been out of print for years. Tramp Press’s edition features an attractive, sturdy softcover and a reasonable price ($15.95), but unfortunately, it includes numerous typographical errors not present in previous printings of the novel. While many of these errors are merely momentarily distracting, they occasionally disrupt the text’s meaning. For instance, during an important séance scene, the Tramp Press edition uses the word “noxiously” (242), whereas an earlier edition has “anxiously”[1]—such different words lend entirely different tones to the scene. It is to be hoped that any future reissues of Macardle’s work will result not only in renewed engagement with her ideas but also in more accurate texts.