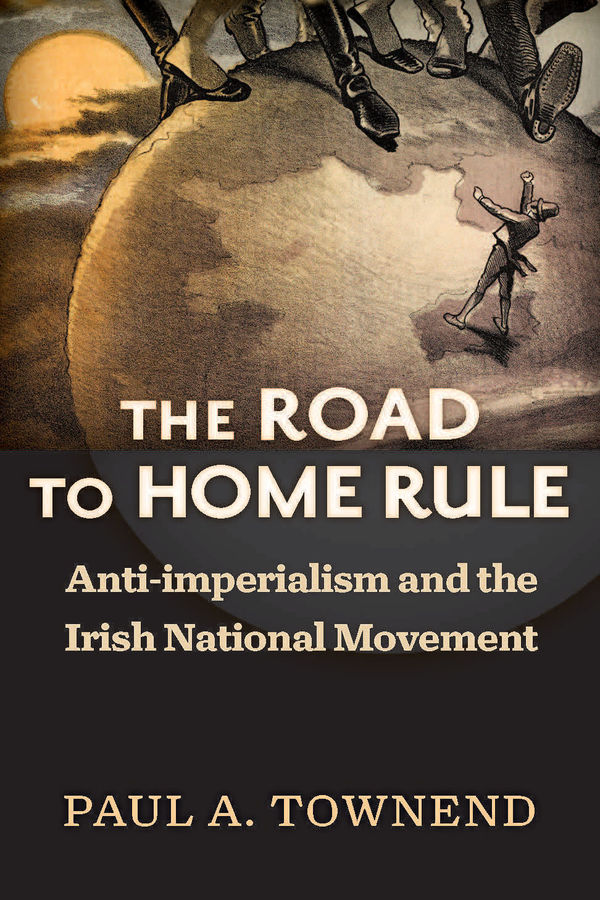 The recent centenary commemoration of the crisis over the Third Home Rule Bill for Ireland (1912-4) has re-focused attention on the origins, evolution, aims, and ultimate failure of a political project that had for nearly forty years—from the late 1870s until its eclipse at the hands of Sinn Féin in the 1918 General Election—dominated the political landscape in Ireland. Much of this discussion has focused on the latter years in question, has been rather personalized (with John Redmond inevitably the focus of attention), and has inevitably been influenced by the ultimate failure of the Irish Parliamentary Party to achieve its goals, with its support for the increasingly unpopular Great War correctly identified as one of the principal reason for this failure.

It is refreshing, therefore, to read an account of the party’s formative period, when its star was on the ascent, its future unknown, and many of the negative features associated with its operation in its heyday (its incessant “jobbery” being only the most notorious) nowhere on the horizon. Such an account is provided by Paul A. Townend in his thoroughly engaging The Road to Home Rule: Anti-Imperialism and the Irish Nationalist Movement. The sub-title is significant, for the author argues most cogently for an interpretation of the origins and early years of the demand for Irish self-government (roughly speaking from 1877 through to the first Home Rule crisis of 1885-6) situated as part of a broader, principled anti-imperialism, one directed in the first instance at Britain’s own vast—and growing—empire, but which also encompassed the peoples subject to, and territory annexed by, the other European Great Powers. Townend shows that this anti-imperialism was certainly complex, being conditioned by a host of factors, notably race and religion, changed over time, and was often expressed in ways tactically calculated to promote the search for Irish self-government (and thus Irish self-interest). He at the same time also shows that this principle was ultimately rooted in an honest sympathy for those subject to imperial governance, and in a belief that such peoples, like the Irish, were more than capable of governing themselves without the assistance of their self-appointed betters.

The work follows a broadly chronological path, and deftly interleaves the evolution of this anti-imperialism with the development of the Irish party itself. Townend makes a convincing case that the former was inextricably linked to the latter, from the party’s earliest days as distinct entity under the benign (at times seemingly rudderless) leadership of Issac Butt—like Redmond, a most capable politician, and a decent man, but whose memory has suffered as a result of the inevitable comparison to his successor-but-one, Charles Stewart Parnell. In fact, the author goes further and argues that under Parnell this anti-imperial strand within the party’s thinking rapidly became one of its defining themes, even to the point where it could be used by the party’s opponents as a stick to beat the cause of Home Rule itself, by linking the cause of self-government in Ireland with the disintegration of the empire itself, and by the silencing of pro-imperial voices within the party’s own counsels.

The work addresses the successive crises of imperial management and expansion during this period, from the Afghan and Zulu wars at its outset (1878-9) through the (first) Boer War (1880-81), and the confrontations in Egypt (1881-2) and the Sudan (1884), analyzing each from the perspective of the response of the Irish party. It could be argued that by solely focusing on such crises, rather than the day-to-day issues of empire management away from the conflict zones (there is, for example, not quite enough discussion of the relatively tranquil situation within India at this time), the author misses an opportunity to explore a broader, deeper set of issues relating to both the imperial and domestic governmental situations. But given the intensity of the crisis within Ireland during these same years, with the population caught between the Scylla of the Land War and the Charybdis of state repression, conflict was the order of the day at home and abroad, and the author can certainly be forgiven by deciding that this was the lens through which the press of events could be rendered intelligible.

The sources utilized by the author are conventional enough, consisting mainly of printed sources such as speeches reported in newspapers, Hansard, and the like. There are occasional attempts to mine alternative sources to ascertain public views on the subject matter, but (to be overly critical) perhaps not enough, certainly in comparison to other volumes in the eclectic “History of Ireland and the Irish Diaspora” series to which this is the latest, and a most worthy, addition—Guy Beiner’s pioneering Remembering the Year of the French: Irish Folk History and Social Memory (2007) is exceptional in this respect. But the author’s focus is the party itself, its leadership and parliamentary rank-and-file, and given this angle of attack the partial exclusion of voices outside that élite that results from the chosen evidentiary route is readily defensible.

The author (to the relief of this reviewer) does not engage in too theoretical an approach to his subject, and his empiricism is a welcome contrast to certain treatments of imperial history. That said, a greater use of comparative judgments would have been welcome, certainly in the conclusion. While the Irish position within the empire may have appeared to the Irish party itself to have been sui generis—in that the nation was an integral part of the colonizing power yet sought to distance itself from same—it would have been helpful to hear more of the responses to the same crises from other less troubled parts of the empire, as a means of gauging whether the views of Irish nationalists on the merits and demerits of empire were esoteric or generic. The author is certainly well-placed to offer some words on the subject, given his research profile.

Such irrelevant quibbles aside, the work is a major step forward in its discernment that a radical, principled anti-imperialism lay at the heart of the constitutional nationalist tradition in the latter years of the nineteenth century. Returning to the beginning of this review, and the party’s ultimate demise at least in part as a result of its support for Britain in the First World War with and against other imperial powers, ostensibly fought in support of the application of the principle of self-determination to small nations, one wonders what the future may have been if John Redmond—in the early 1880s in the foothills of his own career, and then thoroughly in tune with Parnell on the point at issue—had during that war rediscovered his own radical roots before he, and his party, were swept away at its denouement.