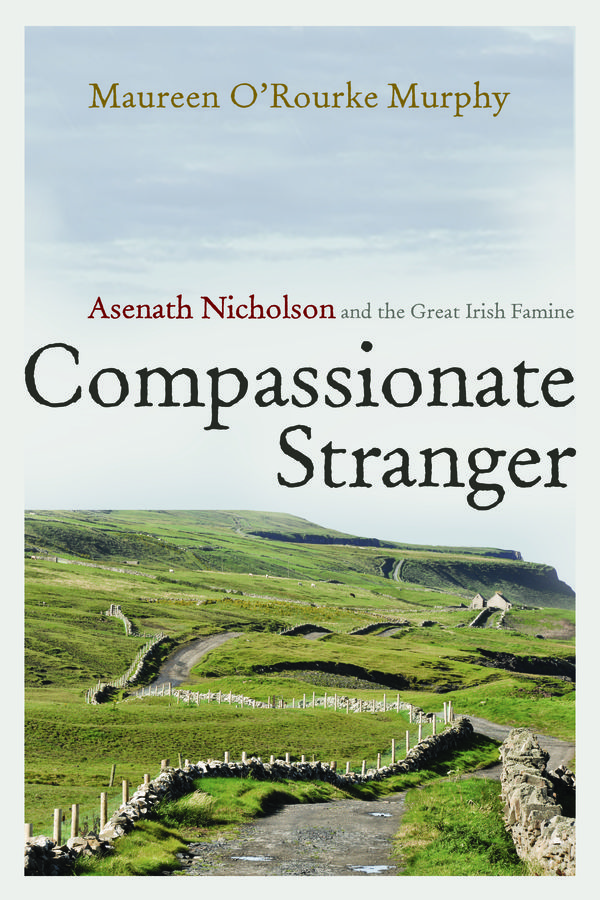 On the eve of the Great Famine of 1845 to 1852, Ireland was host to a number of foreign visitors, several of whom published accounts of their experiences. These visitors included Jonathan Binns, a Commissioner for the Irish Poor Inquiry, and William Makepeace Thackeray, a novelist. Both were from England and wrote The Miseries and Beauties of Ireland (1837) and the Irish Sketch Book (1842), respectively. Other visitors included J. C Kohl, a German geographer and author of Travels in Ireland (1844), and Gustave de Beaumont, a French reformer who authored of L’Irlande, sociale, politique, et religieuse (two volumes, 1839–42).

For the most part, these and other male visitors viewed the country through a cultural prism that found the condition of the Irish poor to be shocking. Even those who found the Irish landscape, particularly in west, to be beautiful—occasionally exotic—for the most part, they still judged Ireland and her people to be socially and economically backward. Overall though, they expressed little sympathy for the poor. Female travelers also visited pre-Famine Ireland, but they were less common. As Maureen O’Rourke Murphy shows us in Compassionate Stranger: Asenath Nicholson and the Great Irish Famine, an exception was a remarkable woman who traveled to Ireland in 1844 from her home in New York. Her name was Asenath Nicholson and, when asked, she declared that she was “in Ireland to visit the poor” (58). On occasion, she explained her objective as being to “personally investigate the condition of the poor,” a phrase that formed part of the title of her 1847 publication describing her experiences. In this way, her mission was similar to that of Binns who, a few years earlier, had come to Ireland to contribute to a British government enquiry on Irish poverty. However, Nicholson’s motives, background, gender, and, perhaps most importantly, her compassion, made her a very different eye-witness from her male predecessors. She differed in other ways, with part of her mission also being to bring bibles and the Gospel to the Irish poor. And, unlike the other visitors, Nicholson undertook much of her journey by foot, walking through most of the counties of Ireland unaccompanied.

Murphy focuses on Nicholson’s written account of her visit, Ireland’s Welcome to the Stranger, which was composed in 1844 and early 1845 and was published in 1847. By this time, the Irish poor were in the midst of a lethal famine. At this stage also, Nicholson was back in Ireland—but this time with the expressed purpose of assisting in giving relief to the starving poor. Moreover, this time, she came without any bibles.

Who was this intrepid traveler? As Murphy documents, Asenath Hatch was born in New England in 1792, the daughter of puritan parents. As a young woman she worked as a teacher, and occasionally a journalist.  Hatch was a woman of strong views regarding lifestyle, believing in the benefits of a simple diet and of occasional fasting. She praised the vegetarian, caffeine-free regime developed by Reverend Sylvester Graham (of Graham cracker fame) who became a personal friend. Hatch had equally uncompromising views on cleanliness, advocating a cold wash every day, with a tepid bath once a week (three times in summer), and averring, “a dirty kitchen is like a dirty heart” (32).

Asenath Hatch married Norman Nicholson, a widower with three children, around 1825. No children were born in this union. Asenath and Norman shared interests in politics, evangelism, and social and moral reform The Nicholson family moved to New York City in 1829. There, they became involved in some of the great social issues of the day, notably temperance and abolition. Two years later, Asenath Nicholson opened a boarding house, which combined “comfortable rooms” with a strict temperance and vegetarian regimes (31). The boarding house thrived, but the marriage didn’t. Norman disappeared from official sight around 1839. His final years remain a mystery.  It was as a single woman that Nicholson first traveled to Ireland in 1844 to fulfill her “Divine Mission” (54).

Nicholson’s second journey to Ireland was undertaken in very different circumstances. When she returned to the country in the wake of the second and more deadly failure of the potato crop in 1846, she became part of an eclectic group of people (which included Irish and English Quakers, American philanthropists, young British aristocrats, and a Polish count) who wanted to do something practical to help the poor of Ireland. As they each traversed the country, giving out small, but life-saving, amounts of relief, their paths crossed. Many of these relief givers left short accounts of what they were witnessed. Nicholson’s own account, which was published as Annals of the Famine in Ireland in 1847, 1848 and 1849, provides the most complete and forthright account of the suffering of the poor during the Great Hunger, written by somebody who literally walked amongst them. In it, she is openly critical of the relief policies of the British government and of those individuals she regarded as adding to the suffering of the poor through their indifference or greed. In contrast, her descriptions of the poor people and their suffering are infused with compassion—and they provide a stark contrast to the impersonal reports made by government officials, which were so frequently cold, clinical, and condemnatory.

Murphy highlights Nicholson’s love for singing. As she walked alone through the lanes of Ireland, she sang hymns out loud to keep herself company. Her distinctive attire—bonnet, polka coat, and bearskin muff, supplemented with spectacles, rubber boots, and an umbrella—clearly made her an unusual site in the Irish countryside. Nicholson later wrote—with some surprise—that when a local person encountered her, they sometimes appeared startled.

Nicholson left Ireland in October 1848. She spent four further years in Europe before returning to New York in 1852. The city had changed greatly since her initial departure eights earlier, ironically as a result of the large influx of Irish famine immigrants. Asenath Nicholson died in May 1855, her final address being given as Jersey City. She was buried in the local Reformed Dutch Church. Her life and her published works remained largely forgotten until the 1920s. More recently, Maureen O’Rourke Murphy, the Joseph L. Dionne Professor of Teaching, Literacy, and Leadership at Hofstra University, has done much to rekindle interest in this remarkable woman.

Murphy’s beautifully written book is a fitting tribute to the kindness and compassion of Asenath Nicholson. It is also the work of an accomplished historian who has devoted five decades in pursuit of her fascinating—if at times shadowy—subject. Murphy has already brought Nicholson to a wider audience through her expert editing of the republished editions of Light and Shades and Ireland’s Welcome to the Stranger in 1998 and 2002, respectively. This publication extends our knowledge of Nicholson, and by extension, the Irish poor both on the eve of and during the Great Famine, much further. Murphy skillfully takes Nicholson’s extensive writings and puts them and their author in their historical context. The outcome is a comprehensive, powerful, and affectionate evaluation of the contribution of the redoubtable Asenath Nicholson to Ireland’s Great Famine.

Professor Christine Kinealy is the Director of Ireland’s Great Hunger Institute at Quinnipiac University. She is also the author of Charity and the Great Hunger: The Kindness of Strangers (Bloomsbury, 2013).