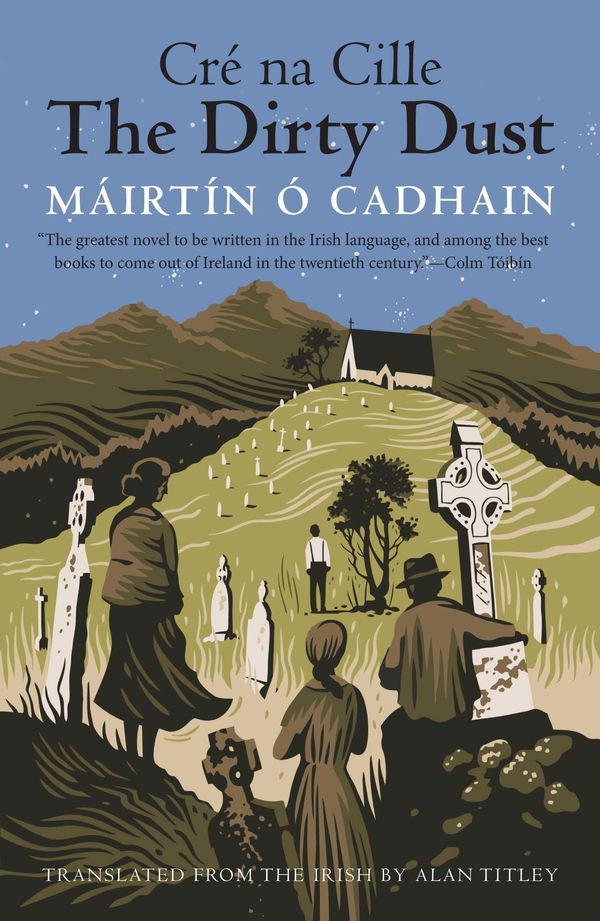 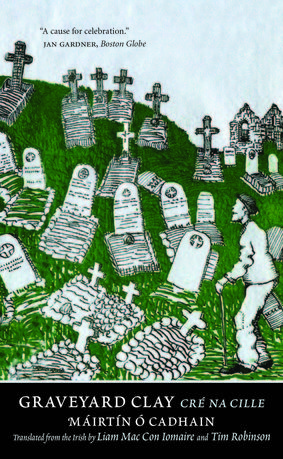 In April 2001, an article in the Irish Times by leading translation studies scholar Michael Cronin announced: “It’s time for Cré na Cille in English.” Cronin’s compelling opening point was that Máirtín Ó Cadhain’s acclaimed novel “is commonly held to be one of the greatest Irish novels of the 20th century. And most Irish people have not read one line of it.” And he went on to note:

Through the excellent offices of the Ireland Literature Exchange, we now have translations of Cré na Cille in Norwegian and Danish. Yet, quite incredibly, over half a century after the novel first came out, there has still been no agreement on the publication of a translation in English. Danes and Norwegians may now read the novel, but not Ó Cadhain's compatriots with no Irish, not to mention US, Canadian, Australian, New Zealand or South African Anglophones who might want to know what all the fuss is about.[1]

Cronin’s article is credited by Mac Con Iomaire and Tim Robinson as one of the inspirations for their translation, Graveyard Clay, published in early 2016 in Yale University Press’s impressive Margellos World Republic of Letters book series. What Cronin cannot have anticipated, however, is that his call would be met doubly: a year prior to the publication of Mac Con Iomaire and Robinson’s work, in 2015, Yale University Press published a translation by Alan Titley, The Dirty Dust, also in the Yale Margellos series. In both cases copyright for the English translation is shared between Yale University Press and Cló Iar-Chonnacht, the Irish language publishing company founded and still managed by writer Micheál Ó Conghaile.

I read The Dirty Dust over a few days in Corca Dhuibhne last summer (while taking, for the eleventh year in a row, the hugely enjoyable Irish-language course—ardleibhéal, dar ndóigh—organised by Oidhreacht Chorca Dhuibhne. I found the novel to be an utterly absorbing read, and for those of us for whom Cré na Cille was high on a confessional list of should-have-read works, its availability in English is hugely welcome. Titley’s translation is dynamic and vigorous; it sparkles with vitality and much mischief, and within moments the reader is propelled past the narrative challenges of Ó Cadhain’s original: most famously the lack of a clear indication as to who is speaking at any moment in the text, beyond the rough signals of dashes to indicate “beginning of talk,” dashes and ellipses to indicate “middle of talk” and ellipses to indicate “conversation, or missing talk.”

So Interlude 1 (“The Black Earth”) begins:

The premise of Cré na Cille is well-known: Caitriona Paudeen is the newest arrival to the graveyard, bringing to those already in residence the news of their funerals (who was present, the monies received) and updates on their families (such as the remarriage of a spouse); she will herself spend anxious times awaiting—without deliverance—news of the longed-for cross to mark her place of burial. Caitriona’s rehearsal of her above-the-ground quarrels with her more affluent sister Nell and her increasingly vicious feuds with her graveyard neighbors are the stuff of much comedy and quite a bit of pathos: “But what will happen to the house now without me? … Nell will get great satisfaction anyway … She can afford to. She has a fine woman to make bread and spin yarn on the floor of her house now: Blotchy Brian’s Maggie. She can easily be jeering about my own son who only was a bit of a waster, a messer….She might be my sister, alright, but I hope and pray that not one other corpse will come to the graveyard before her… (13).

Ó Cadhain’s cast of characters becomes quite swiftly familiar, and tracing the genealogical connections/misconnections between the living and the dead (the most local of sports), as well as the unexpected alignments between graveyard residents (Nora Johnny’s “education” by the Old Master most entertainingly), is just one of the many readerly pleasures of this novel. Writing in the Irish Times in April 2015, Colm Tóibín captured well the challenges and rewards of a novel which is, in his words, “a comedy of the ordinary”: “The novel, in Titley’s translation, has a strange mesmeric force. While individual passages seem deliberately to be leading nowhere, and when something has been said in the same way several times before, you find yourself, nonetheless, reading on, held by the rhythm. And when you have put the book down, it has the persistent afterglow of a poem.”[2]

The publication of Mac Con Iomaire and Robinson’s translation in 2016 was the outcome of many years of work, and their collaborative aspect is one of its fascinating features: as Robinson explains, “the basis of our translation was produced by Liam, and then the two of us worked through it repeatedly, almost phrase by phrase,” with “the English of the Conamara Gaeltacht” acting as “host language” for the translation (xxxv). Graveyard Clay also includes a much more comprehensive and valuable scholarly introduction, contextualizing the work in Ó Cadhain’s larger career, along with some explanatory footnotes. In her Irish Times review in April 2016, Máirín Nic Eoin diplomatically termed “the decision to commission two translations” as “a master stroke by Yale” since, in her words, “it avoids canonical status being attached to the first published English version and brings Cré na Cille to a worldwide readership in a manner that encourages ongoing engagement with the original text.”[3]

More pragmatically, one’s experience of Cré na Cille in translation is inevitably determined by the translation one reads (firstly or, more likely, solely), so a distinct review of Graveyard Clay and its readerly experience is not within the possibilities of this review. Brief comparisons between the two translations suggest that the 2016 version is more faithful to the linguistic original, a tendency especially evident in Mac Con Iomaire and Robinson’s decision to preserve the Irish spelling of personal names (Caitríona Pháidín rather than Caitriona Paudeen, or more strikingly Muraed Phroinsiais rather than Maggie Francis). And in his introduction Mac Con Iomaire explicitly differentiates his work from Titley’s self-termed “freewheeling” text (xxi).

Here, by way of textual comparison, are the opening lines from Graveyard Clay’s first interlude (“The Black Clay”):

The ending of the first interlude is even more revelatory as to the different translation styles.

Firstly, from The Dirty Dust:

—Christ’s cross protect me!—Am I alive or dead? Are the people here alive or dead? They are all rabbiting on exactly the same way as they were above the ground! I thought that when I died that I could rest in peace, that I wouldn’t have to work, or worry about the house, or the weather, that I would be able to relax …. But why all this racket in the dirty dust? (6)

This, from Graveyard Clay:

—Jesus, Mary and Joseph!—Am I alive or am I dead? Are these here alive or dead? They’re all giving out as much as they did above ground! I thought that once I was laid in the grave, free from chores and household cares and fear of wind or weather, there’d be some peace in store for me …. but why all this squabbling in the graveyard clay? (6-7)

And here is the Irish-language original:

These differing translations will no doubt fuel debates among translation theorists for a long time to come, with regard to the ever-vexed question as to what degree of fidelity to the original language is possible—or desirable—in a literary version. For this reader, Titley’s Dirty Dust was lively and refreshing, its choice of English-language words poetic and nuanced, its pace compelling and satisfying. Mac Com Iomaire and Robinson’s text is not at its most inviting if encountered second: its tone can at times seem pedestrian rather than poetic, and the use of footnotes in the early pages more a distraction rather than a benefit (their phrasing curiously reminscient of Edgeworth’s Castle Rackrent).

Yet of the two translations Graveyard Clay is more likely to be praised by readers who are familiar with the original Irish text; and arguably Mac Con Iomaire and Robinson’s text is more likely to encourage readers to seek out Cré na Cille in Irish, than is Titley’s enjoyable but more freestanding English-language version. A dual-language edition would be a wonderful next step, but with which translation?