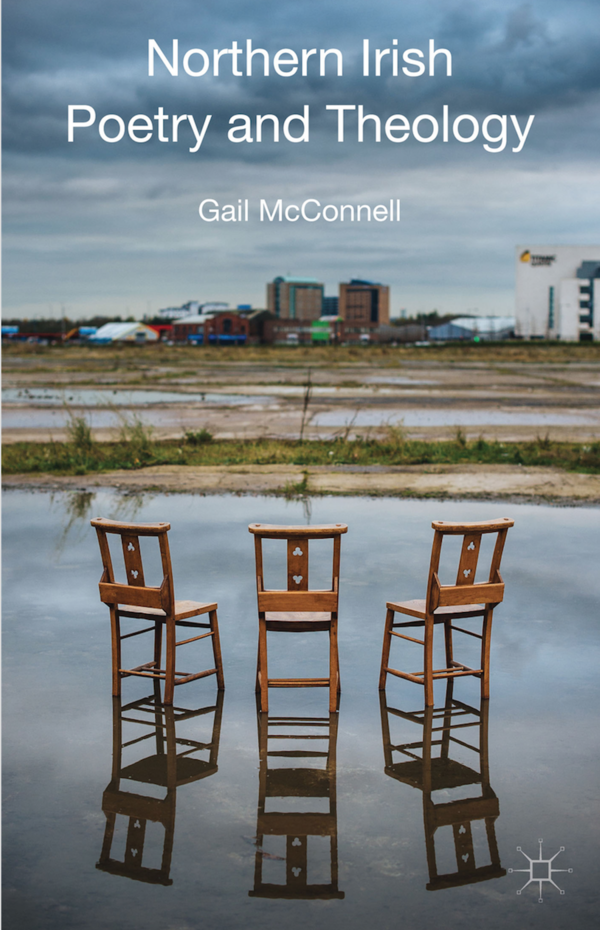 As an area of literary-critical study, Northern Irish poetry (from the later decades of the twentieth century onward) can hardly complain of any lack of attention. This is not just a consequence of interest in Seamus Heaney, a poet with major international importance; it is also owing to the attractiveness for critics of problems which the co-existence of literature and political-cultural conflict in Northern Ireland have produced. Yet the generosity of the attention has not always been altogether attentive (nor indeed generous, in anything but its quantity): critical blind spots—not the least of which has been the tendency to allow Heaney to dominate the view—have in general been much more numerous than patches of illumination. A central element missing from a great deal of criticism has been what is only inadequately expressed by the term “religion”—the nature and degree, that is, of religious belief, thought, assumption, and cultural conditioning in the practice of poetry by Heaney and other Northern Irish poets. For some critics from outside Ireland and Britain, this is simply too difficult, and involves mastering a largely unknown language of specifically Northern Irish cultural assumptions, inheritance, nods and winks; and for some critics closer to the ground, it remains too problematic, and too fraught with danger, to be approached. In her important book, Northern Irish Poetry and Theology, Gail McConnell goes a good way toward correcting this, and the insistence which her title contains on “Theology” as the key term needed to understand “religion” in Northern Ireland is a recognition that what is at stake here is as much a matter of specifics as of generalities. The quality of McConnell’s work, which is often outstanding, isn’t necessarily any index of its likely success, for critical norms are not always in practice themselves susceptible to criticism; but that quality is both noteworthy and original, and deserves to be taken into account in the future, whenever (as is surely inevitable) a further critical account of Northern Irish poetry is taken.

One objection, which is essentially an aspect of that sole kind of pedantry still largely acceptable, the pedantry of the political, is worth dismissing at once: McConnell’s field of Northern Irish poetry is, by its very nature, heavily contested; and no, she does not feel obliged to acknowledge this. She should doubtless, according to some, speak of “Northern Irish Poetry” within politically-astute scare quotes, in order to show that she knows it’s still Irish, really. Likewise, she does not insist on Irish literature as the true name of her field of study. Those incapable of getting past such obstacles will indeed not get over them here, but it will be to their loss as critics. There are only three poets at the center of McConnell’s investigation, each one of them important: Heaney, Michael Longley, and Derek Mahon. McConnell makes no claim that these are the only poets worth examining in this context (others, obviously, are eligible—and they may well go on to receive this kind of scrutiny from critics in future), but her subjects are three who pay very close attention from a religious perspective. The first is, of course, by birth and education, a Roman Catholic; the other two Protestants, both brought up in the Anglican communion. For McConnell, the trio represent religious poetics of, respectively, the iconic and devotional, the Lutheran, and the Calvinist varieties. And if these kinds of description ring very few bells for many contemporary poetry critics, McConnell’s study insists (and, by its example, proves) that questions of theological bearing need to be much closer to the center of critical concern.

McConnell’s first, ground-clearing chapter on “Religion and Identity Politics in Contemporary Northern Irish Poetry” is a remarkably cogent and compelling piece. Taking intelligent stock of a good thirty years of critical disagreement on the subject, McConnell skilfully demonstrates how arguments of identity in literary analysis have been theologically driven, and how the contested understandings of history in relation to literature in Northern Ireland have been marked deeply by confessional differences, with their consequent habits of thought and association. Anyone with a critical interest in modern Irish literature, even if they do not have particular business with the three poets who are the main subjects of this book, will profit from engaging with McConnell’s exposition of the subject here.

There follow three very substantial chapters, on Heaney, Longley, and Mahon. Each is important, and each might have been expanded credibly into a book-length study. McConnell’s chapter on Heaney is perhaps the most critically consequential of the three, examining the poet’s lyric forms in terms of their theological meaning, or rather the tendency and degree of that meaning. Nearly all criticism of Heaney, including the best, is woefully under-informed (or simply under-aware) of the significance of his Catholic reflexes—this, despite the poet’s own numerous reminders to his readers of what they might listen out for in that regard. McConnell’s interest is not a biographical one (though, in fact, it is biographically astute), but to assess the ways in which theology helps Heaney write the poems he does: her analysis of that much-read early poem, “Blackberry Picking,” is a bravura piece of close reading, bringing to the surface (or rather, showing how it is already there on the surface) Heaney’s drive toward a poetics of sacramentalism and Real Presence (all of this read brilliantly alongside his confessed debts to Hopkins). McConnell applies this degree of clarity to many other poems, by no means all of them the expected ones, in order to bring into focus Heaney’s reliance on, and also his uncertainty about, Catholic theology in relation to lyric form. More than any other critic, McConnell makes Heaney’s Catholic reflexes on the level of diction, metaphor, structure, and symbolism fully visible; at the same time, she shows how those very reflexes trouble the poet, and produce a degree of counter-pressure that is itself just as central to his achievement. It is no good, McConnell’s analysis suggests, to detect a secularism in Heaney while not understanding the particular Catholic impulses against which it plays; and no good either to remain unconscious of the religious conditioning of what critics take for secularism. McConnell is rightly suspicious of “secularism that rejects Heaney’s Catholicism but retains a quasi-religious understanding of his poetry” (58).

It is one thing, perhaps, to detect the “quasi-religious,” but it is quite another to claim to find it quasi-theological; indeed, the fact that the latter term is so deeply improbable is a hint that theology (unlike “religion,” as commonly talked about) really does mean something. In her chapters on Longley and Mahon, McConnell deals illuminatingly with the work of two poets who—when asked—profess themselves (initially, at any rate) atheists. But to adapt an old Northern Irish joke, they are very much Protestant atheists rather than Catholic ones. And it is not enough, in any case, to abide by some over-definite dividing line between “Catholic” and “Protestant,” since Protestantism is itself theologically riven. Longley’s cultural Protestantism, which is as much something developed through his career as a poet as it is a biographical inheritance, tends toward an Anglican—if not Anglo-Catholic—fondness for poetic equivalents to liturgy and theologically expressive architectural shape; Mahon’s Protestant conditioning, on the other hand, carries the marks of Calvinist theology, with its distrust of merely human expression and its insistence on the fundamental fissure between man and the being of God. It should be said that this division of the two poets is open to a little skepticism beyond the merely biographical (Mahon, after all, was an Anglican choirboy, and not schooled as a Bible-wielding evangelical tub-thumper); but McConnell’s argument is an astute reading of their two different kinds of poetry.

McConnell is especially good on the ways in which both Longley and Mahon receive and generate ideas of poetic form. Here, her own circumspect understanding of the ways in which “form” has been a critical ping-pong ball in Northern Irish literary discussion pays superb dividends. Longley’s earlier stanzaic verse is read alongside the theologically suggestive parallel in the practice of George Herbert, while Mahon’s dismantling of stanzas, and even the process of erasure and rejection that characterizes his habits of wholesale revision, are seen in relation to the chilling imperatives of a Calvin-inspired self-questioning. McConnell does not engage in some reductive, “this means that” approach to lyric expression and theological conditioning—her readings are telling, detailed, and hugely sensitive ones—but she does enough, I think, to justify her initial claim for “theology’s formative role in poetry’s production” (26). This being so, there is a lot for critics to ponder. I hope they will; but it should be said that for many, this will mean harder mental work than that to which they are accustomed.

My own pondering amounts to a series of uncertainties. First, I wonder how far the question of poetic form, though its origins may be theological in emphasis, ends up as a theological matter once it issues in actual poems. That there is theological subject matter in Northern Irish poetry is true and needs to be remembered; but are the poems therefore theological artefacts? Yes, we can indeed ask questions like, “Is this a Catholic or a Protestant poem?” The answer is worth having, but only as the beginning and not as the end of the critical process. Second, I am slightly skeptical about the usefulness of critical shorthand to account for what goes on in the broad tendency of poetic discussion. Thus, it seems to me a weakness of McConnell’s otherwise exemplary practice to resort so uncritically to “New Criticism” as a descriptive marker for a certain kind of supposedly anti-historical critical retreat into the integrity of lyric structures. Can you be a close reader without subscribing to “New Criticism” (and therefore on the wrong side of most critical arguments)? For McConnell, it sometimes seems that you cannot; yet her own skills in close reading of poems, and her agility in understanding that close reading in the context of history, surely give this the lie. Third, I am pretty certain that W.B. Yeats, in so many ways the very opposite of a Northern Irish poet, remains nonetheless a central figure for understanding the relation between form and theology, which these poets demonstrate; McConnell mentions him from time to time, but he is still something of an elephantine presence in this particular room. Finally, I am troubled by the persistence—it’s a little like Original Sin—of the belief that, once a literary critic’s cultural or political implications have been uncovered, or even exposed as a hidden truth, their arguments and practice in terms of the specific subjects they address can be largely dropped, or at least relegated in importance. Properly critical arguments don’t work quite in that way. There are, after all, more things in heaven and earth—and more things in poems—than are dreamt of in historical analysis; as, indeed, McConnell’s fine and significant study bears witness.