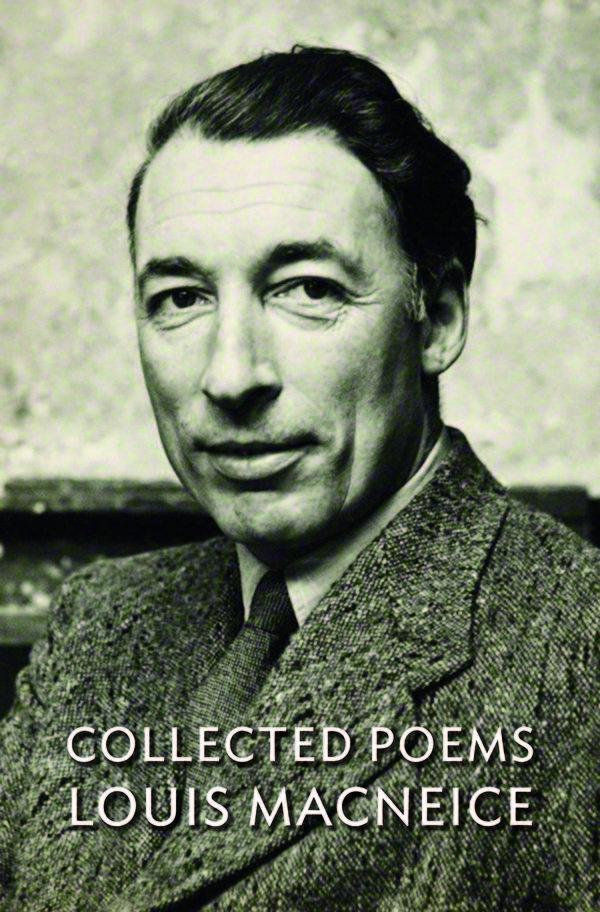 On a return trip to England in 1941 after a ten-month stay in the United States and the disappointing conclusion to a love affair, Louis MacNeice remarked that “the world for me has become inverted; America is the known and England the unknown.”[1] This inversion comes not so much because he has visited the States and feels he now knows it inside out, but because the world itself has been turned inside out by Hitler’s conquests, aerial bombardment of London, and the chaos of the second world war. MacNeice knew that it was already a cliché to say England and Europe would never be the same, but he nonetheless chooses the clichéd and perilous future of Europe to what he saw as the unreality of America. In his unfinished autobiography, he figures this as a choice of grammar: instead of remaining in the “mythical future, I am going over to somewhere without tenses.”[2]

MacNeice’s return voyage came by way of a stopover in Brooklyn Heights at Auden’s famous brownstone at 7 Middagh Street. Auden had traveled to the States two years earlier, just before the outbreak of war. Returning to a world “without tenses” was one of the striking decisions that differentiates MacNeice from Auden, both artistically and temperamentally. American audiences may still, at best, recognize MacNeice through his association with the Auden group, but his trajectory and his concerns diverged from Wystan and the others dramatically after the 1930s, if they can be said to have been the same at any point. He deserves to be read and studied on his own merits.

MacNeice’s reception in the United States today might easily have been different. In his introduction to this first American edition of MacNeice’s Collected Poems, Peter McDonald points out that the poet might well have chosen to live in the States permanently after 1940 if that love affair he came to the U.S. to pursue had turned out differently. As it was, the liaison with the young American writer seemed to be one based on the promise of a “mythical future,” and he chose the tenseless present of Europe and of other women instead. But it is precisely this interest in time, experience, and the difficult admixture of historical event with the private passing minute that shapes and gives vitality to MacNeice’s oeuvre and makes it such an outstanding—and in its way, timeless—contribution to 20th century poetry worldwide.

In fact, MacNeice had already proven himself intimately in tune with the out-of-joint times of the late 1930s with his book-length poem Autumn Journal, published in 1939. As a war poem, it admirably accomplishes the confluence of personal and historical times central to MacNeice’s aesthetics. Autumn Journal plumbs the depths of the here-and-now, faithfully documenting the speaker’s private experiences of the public build-up to war. In the original introduction (reprinted here in an appendix), MacNeice explains that in a letter or journal, the genre he has chosen for the poem, “a man writes what he feels at the moment” (791). Autumn Journal documents his attempt to

try to correlate event with instinct

And me with you or you and you with all,

No longer think of time as a waterfall

MacNeice voiced this pursuit of the present tense, of private experience and public event, as key tenets of the literary act in his Modern Poetry. In that essay, published as a stand-alone volume in 1938 but now out of print (and an ideal candidate for reissue), he makes a “plea for impure poetry, that is, for poetry conditioned by the poet’s life and the world around him.”[3]

The conditions of MacNeice’s life deeply influence some of his most moving and successful poems and books, particularly the volumes The Earth Compels (1938) and Plant and Phantom (1941). So many of the lyrics in these volumes seek out a tenseless moment of private connection, where “Time was away and somewhere else” (“Meeting Point”) (183). In “Trilogy for X,” the poet makes of one night a timeless world contained within the four-line stanzas of part II, a world in which “love hung still as crystal over the bed” (176). But much as the poem celebrates that still-point of love, it is an elegy for the passage of time:

Oh my love, if only I were able

To protract this hour of quiet after passion,

Not ration happiness but keep this door for ever

Closed on the world, its own world closed within it (176).

The intimacy in which two seem to stand in a tenseless future breaks onto a dawn where one must “go on living on your own” (176). The poem breaks its formal patterning with a final five-line stanza ending on an unexpected rhyming couplet, where the lover’s voice, in the act of becoming a “drum in tune” with the voices of the world beyond, is also that

which all last night

Asserted our one night’s identity (176).

At its finest, MacNeice’s poetic voice accomplishes this ghostly doubling, balancing the private identity of love, loss, loneliness, and grief with a reporter’s keen attention to the outer world of trains and travel, hectoring crowds and history.

This collection gives us a chance to view MacNeice’s poems in their trajectory; this complete vision lends some truth to the criticism that his middle period work engages perhaps too much with the external world and falls a little flat. The tenseless expectancy of his poetry from the 1930s and 1940s gives way to what often feels like a nostalgic interest in what is passing or has passed, a backwards glance that brings little future. There are fine poems from these years, but his last poems show the poet once again back in form. In the posthumous The Burning Perch (1963), MacNeice creates nightmare visions from the language of fairy-tale and nursery rhyme, brilliantly and troublingly showing that “Children’s Games” with their innocuous pleasures are not just “nostalgia, incantation, escape” (594, 596). Instead, he bends back to his earliest memories with the dark message that “all our games are funeral games” (596).

The 800-plus pages of MacNeice’s Collected Poems includes both early and later poems left out of published volumes, as well as some limited-run volumes that appeared separately from his regular collections. McDonald’s editorial choices offer us unexpected insight into the process by which the poet shaped an interconnected oeuvre. In “From Down Here,” a 1929 poem included as part of an appendix of early uncollected work, MacNeice addresses themes he would later smooth out into more successful lyrics. The speaker figures himself confined, but in this case a subterranean habitat creates for him an opportunity to glimpse the unforeseen:

Lying in the bottom of a well I cannot make

Sense of you at all.

Myself at home in it now ever since

You came along, my dear, and into the disk

Of blank sky above me to me unexpectant

This early poem plays with the nursery-rhyme situations common in so much of MacNeice’s work, but its early, and unsuccessful, image of the speaker stuck at the bottom of a well also anticipates darker conclusions. These are the “funeral games” MacNeice seems to reach unexpectedly in nearly all of the seemingly light poems in his last, posthumous volume. Perhaps the sky-gazing poet of “From Down Here” claims a genealogical connection with the similarly interred first-war troops who spent their days looking up from muddy trenches as they fought in deadly games. But certainly it is an embryonic precursor to “Stargazer,” from The Burning Perch, where the poet looks back to a childhood moment in which he viewed “the unwonted sight | Of those almost intolerably bright | Holes, punched in the sky” (607). The mature poet considers the variousness and interconnectedness of all experiences, understanding that the light he saw then

had left them (some at least) long years before I was.

And this remembering now I mark that what

Light was leaving some of them at least then,

Forty-two years ago, will never arrive

In time for me to catch it, which light when

It does get here may find that there is not

In both the earliest poems and these final ones, the poet understands that what he can capture and record in the present will be something long-since burnt out, or something yet to come. This volume arrives to the States perhaps later than it ought to, for certainly MacNeice’s reputation in Ireland, England, and beyond, has increased in the last few decades and will continue to expand. But the Collected Poems establishes for us the importance of a poet whose light now reaches us, long years after he was, but still in time for us to catch it.