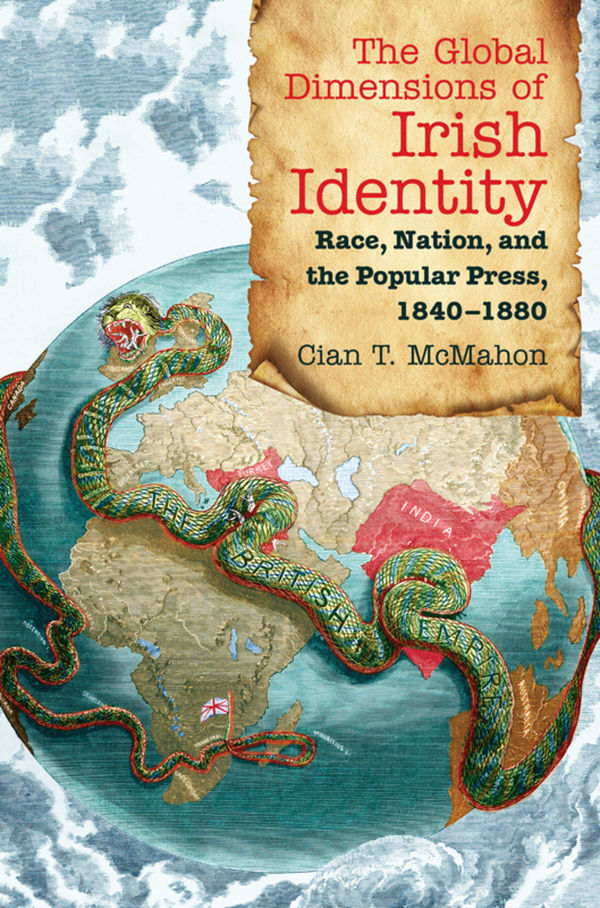 The steady hemorrhaging of the Irish population across the globe in the aftermath of the Great Famine was generally seen by nationalists as a tragedy, scattering Ireland’s children across the globe, draining her lifeblood, and undermining her claims to nationhood and self-government. Some even regarded the Famine as a diabolical conspiracy deliberately engineered to undermine Irish nationalism, lamenting that by its end, Ireland’s vigorous demand for independence had collapsed amidst a panic-stricken exodus from the land. Despite such fears, it soon became clear that a growing Irish diaspora could actually strengthen Ireland’s prospects of national independence, creating prosperous and influential Irish communities overseas that could supply funding and moral support to nationalist causes and transform the Irish question into an international one that could embarrass and unsettle British governments. Moreover, the success of the Irish in their new homes was a boost to national morale, with many Irish nationalists claiming that this was a testament to the fact that their degradation in Ireland stemmed from political misgovernment and discrimination rather than from any inherent racial or moral failings, as their detractors maintained.

For emigrant communities to become a source of strength to the homeland, those who found themselves in new countries had to maintain an attachment to their native place and continue to take an interest in political and social developments that would probably never directly benefit them. In effect, they required a new kind of nationalism that would transcend national borders and link them to their compatriots in Ireland, while at the same time not antagonizing their host communities nor preventing them from being full and committed citizens in their new homes. How they went about doing this is the theme of Cian T. McMahon’s book, The Global Dimensions of Irish Identity: Race, Nation, and the Popular Press, 1840–1880, in which he examines how Irish immigrants in the United States and Australia created a new form of “global nationalism” that allowed them to reconcile conflicting loyalties and maintain a coherent identity as a transnational political and ethnic group. McMahon argues that the main tool in creating this identity was the popular press: newspapers (usually weekly) in Ireland and abroad that informed and helped to shape Irish communities across the globe into an “imagined community” that transcended national borders. He maintains that this press depicted Ireland’s struggle for independence as an episode in the immemorial conflict between Celt and Saxon, the incompatibility between Celtic esprit and Saxon lois condemning Ireland to centuries of persecution and hardship, culminating in the near extermination of the Irish peasantry and mass flight from the land that had accompanied the Famine.

The Irish press overseas was given an important boost by the events of 1848. In the aftermath of an unsuccessful attempt at armed rebellion, several Young Ireland leaders avoided arrest by fleeing to America, while others transported to Van Diemen’s Land eventually escaped and made their way to the one English-speaking country in which they considered themselves safe. Faced with the need to earn a living, most reverted to what they had been doing in Ireland and either founded or wrote for newspapers. McMahon concentrates on the contributions of the best known of these, such as Thomas D’Arcy McGee, Thomas Francis Meagher, and John Mitchel. These were important and influential figures, but the study could have benefited from examining the writings of some lesser-known writers such as John Savage, Joseph Brenan, and Thomas Devin Reilly. Reilly in particular produced journalism that was more socially radical than the Young Ireland mainstream, and his anti-clerical “Red Republicanism” could have an unsettling effect on Irish emigrant communities, at times producing discord rather than unity.

McMahon, though, is careful not to portray the diaspora as an ideological monolith. He skillfully teases out the differences among the Irish overseas on how best to approach becoming a citizen in a new land and on their varying attitudes to indigenous races and, in the U.S., to the vexed questions of slavery and abolitionism. In his conclusion he admits that global nationalism “was riddled with ambivalence, ambiguity and, at times, out-right contradiction” (180), but the work could have been improved by a more detailed exploration of these ambiguities and contradictions and by examining the limitations of this “global nationalism.” That many people who left Ireland harbored fond feelings for their homeland and some sense of fellowship with their countrymen at home and abroad is undeniable. But what in practical terms did these feelings amount to? Benedict Anderson’s notion of the nation as an “imagined community” created by the forces unleashed by nineteenth-century print technology has now become something of an academic truism. It is a useful concept, but also a rather vague one: after all, the imagination works in mysterious ways, and the manner in which people saw themselves as members of national communities varied significantly from person to person and place to place. For some, it amounted to little more than a sentimental attachment, perhaps occasionally expressed in ballad or recitation. Many were too busy struggling with the challenges of making a living in harsh and competitive environments in the U.S. and Australia to concern themselves overly with what was happening in Ireland, or feel any great kinship to a transnational Irish community. Levels of commitment to this community were variable, and perhaps nothing shows this so much as the American Civil War. Irishmen on both sides may have played up their national pride and formed Irish units which could draw strength from ethnic solidarity, but they were generally prepared to subordinate such ties to loyalty to Union or Confederacy. While occasional acts of national fellowship between soldiers fighting on both sides were recorded, they nonetheless showed few qualms about shooting down their countrymen regardless of whether or not they advanced under a green flag. There was little wonder that so many nationalists in Ireland despaired of this civil war within a civil war. Some would later make the uncomfortable observation that had Irishmen been as ready to shed their blood on behalf of Ireland in 1848 or 1867, then the British government might have been faced with genuine revolutions rather than the isolated and ineffective skirmishes that marked these years of rebellion.

The part played by newspapers in creating a transnational community is rather overstated at the expense of other creators of national consciousness and solidarity, such as books of nationalist verse and works of Irish history. Such material poured out from nationalist presses not just in Ireland and Britain, but also in America: publishers such as Henry Carey in Philadelphia, Patrick Donahoe in Boston, and Patrick Martin Haverty in New York all recognized that there was a ready market for such material and produced numerous editions of works such as the best-selling ballad anthology, The Spirit of the Nation, and the polemical histories of Young Ireland. It can certainly be argued that such works, which were often treasured as family mementos, could have a more permanent effect on emigrant opinion than the more ephemeral material of the weekly newspaper.

An examination of the part played by reading rooms abroad might also have been useful. For immigrants, nationalist reading rooms in foreign cities provided supportive places in which Irish books and newspapers were avidly read and discussed with like-minded individuals. Such rooms provided the imagined community of the nation with a tangible refuge from an alien environment, reinforced readers’ sense of Irishness with their iconography and atmosphere, and sometimes provided useful venues for overt political organization (or even cover for Fenian cells).

McMahon has produced a scholarly, well-researched, and well-written work that raises interesting questions, makes several pertinent observations, and manages to shine some light into a somewhat neglected area of Irish historiography. Widening the scope of the work to include some additional areas of attention would, however, have helped sustain his basic thesis of the importance of print culture in creating an Irish transnational identity, while at the same time placing the contribution of nationalist newspapers in a broader perspective and more accurately contextualizing their often inflated claims to authority and influence.