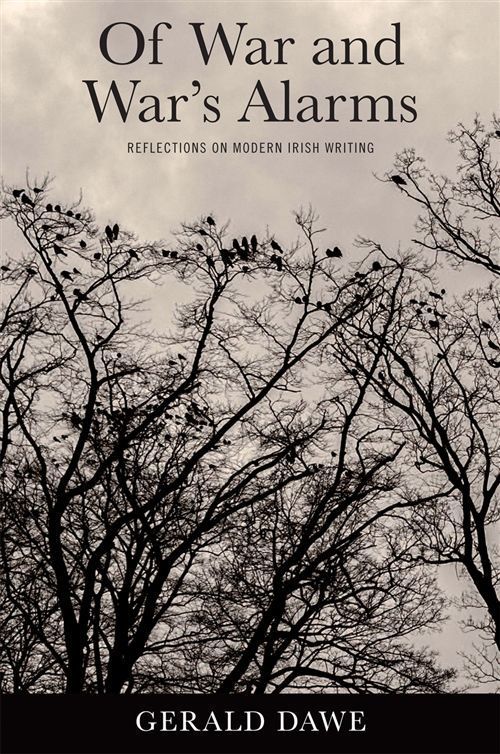 In a 1994 interview with The Paris Review, Polish poet Czeslaw Milosz recalled how he had recently “refused a request for permission” to republish his early poems about the Warsaw Uprising and the Holocaust because he said he did “not want to be known as a professional mourner.”1 Milosz offered no further details to explain this act of self-censorship, and, given the fact that the elegiac mode is largely synonymous with modern war memory, we can only guess that his reluctance to reprint these early poems may be due to what he himself described as “a certain highfalutin, noble-minded ethos in literature and art that was dangerous because it pushed aside any other human concerns and concentrated on the struggle of the moment.”2

Not surprisingly, with the shade of Wilfred Owen looking over our shoulders, we have become conditioned to correlate war writing with this “noble-minded ethos,” and any deviance from this anti-war piety usually runs the risk of being deemed ideologically unsound. Yet a rich range of perspectives about war exists outside the narrow enclosures of the undergraduate anthologies. Drawing our attention to these other voices is the aim of poet and critic Gerald Dawe’s Of War and War's Alarms, which chiefly explores how modern Irish writers respond to the despair of war by bringing “a hybrid of self-consciousness to their work” (11).

Dawe’s lucid and expansive study begins by rejecting the customary binarisms (nationalist/unionist) that dominate so much critical discourse about Irish literature (3). He then spends the subsequent chapters shedding light on the Irish response to a string of national and international tragedies ranging from the Easter Rising and the First World War to the Spanish Civil War, World War II, and the Northern Irish Troubles.

Among the refreshing features of the book are Dawe’s wide-ranging critical sensibility and poet’s instinct to read against the grain, to look for subtleties in tone and language that often get glossed over in ideological analyses. Luminaries like Yeats keep company with the lesser-knowns as Dawe takes a closer look at how Irish writers engaged with their “local” conflicts “in the context of wider European and emigrant contexts” (16). Rejecting the impulse to only read literature as ideology, Dawe examines the impact of “war and war’s alarms” on “individual lives—writers’ lives,” not only to gain a greater “understanding [of] each other’s different backgrounds” but “to show what happens when a society fails to do so for whatever politically exigent reasons” (17).

The book’s first three chapters focus on the soldier poets Francis Ledwidge and Thomas MacGreevy as well as the first wave of poems written about the Easter Rising. Acknowledging how Irish memory of the First World War and the Easter Rising has largely been shaped by unionist/nationalist narratives, Dawe contends that Ledwidge's and MacGreevy’s war poems actually offer up a more accurate reflection of the “complex reality” of Ireland’s British/Irish identities (56). Likewise, the poetry of the Rising comes in for critical reappraisal. Given the new state’s subsequent struggle to achieve the Rising’s ideals, Dawe notes how the eulogistic strains of glorification and triumphalism that animate these poems seem ironic in retrospect. By contrast, later poems about the Rising, with the benefit of hindsight, take a much more sober-eyed view of the rebellion, some going so far as to reject its romantic idealism and nationalist politics (51).

The following three chapters move on to trace the Irish literary response to the Irish and Spanish Civil Wars and World War II. For Dawe, the Irish Civil War marked the final stage of the collapse of the Protestant Ascendancy. Writers like Yeats, J.G. Farrell, Elizabeth Bowen, and William Trevor elegize the disappearing world of the Anglo-Irish Big House, but their encomiums to a fading class and culture, while they register the cost of war in “human terms” (73), also preserve the memory of a subsequently submerged community. Bobbie Hanvey’s black and white dust jacket photograph of “Rooks nesting” in the branches of leafless trees provides a powerful visual metaphor for an Anglo-Irish world “now long gone” (73) yet still present in the Irish literary imagination.

Though chapter five consists mostly of a biographical overview of the life of Tyrone-born poet Charlie Donnelly, who was killed while fighting with the International Brigade during the Spanish War, Dawe believes that Donnelly deserves further critical attention because he “embodies both the unappeased idealism of the youth of the new Irish state, its potential and possibility, and the hard-earned lessons of political reality” (83). Drawing conclusions about the “ideological legacy of 1916” (76) and the Rising’s influence on the post-war generation by focusing on the political beliefs espoused by an admittedly minor writer may not seem like the most convincing analytical approach. However, Dawe’s reading of Donnelly as the representative of a nascent Euro-centrism, a man inspired more by the pursuit of social justice than by narrow disputes over national identity, is consistent with his overall intent to look beyond the polarities that dominate mainstream political and cultural discourses. To what degree Donnelly’s social ideals were addressed in his poetry remains somewhat unclear, though, as his poems receive only a cursory glance here.

This recognition of a “wider European world” (85) and its influence is sustained in Dawe’s next chapter on the writings of Christabel Bielenberg who helped Dawe see the Northern Irish conflict through “a much more diversified cultural and historical filter” (91). Dawe’s conviction that Irish literature can be further enriched by “integrating…[it] into European history and cultural experience” (95) is borne out by Bielenberg’s memoirs, which recount her and husband Peter’s suffering and survival in Nazi Germany (1932-1945) and their post-war settlement in Ireland and subsequent involvement with the Northern Ireland Peace People. Bielenberg commented that she and her husband “had managed to build something on the ruins … [they] had left behind” (97). And so the act of writing becomes an act of personal, cultural, and political reclamation.

The remaining chapters conclude the book’s chronological march from the beginning of the twentieth century to its end by looking at the responses of three Northern Irish writers to the civil strife in their own backyard. Rejecting tribal complicities, John Hewitt embraces a European identity as a “living cultural presence” (105) in response to the sectarian labels that he felt prescribed his local sense of identity. Hewitt’s hierarchy of identities—Ulster—Ireland—Britain—Europe—reflects a “necessary interconnection” (104) that counters the fossilized parochialisms of his native Ulster. Hewitt examines his “past” in his work but also looks “elsewhere, not to imitate but to learn” (109). This resistance to being forced back into the sectarian recesses of Ulster identity politics also features prominently in Benedict Kiely’s novella Proxopera which Dawe describes as a “hymn to home” (117). When protagonist Patrick Binchey’s house is torched by republican extremists, the act signifies how “home” is violated by history. Binchey’s act of retribution against his persecutors, while it may read like a localized revenge tragedy, is actually an avowal of the need to resist political zealotry, even if the means of resistance turn violent also. Rejecting violence by writing stories steeped in violence may fulfill the obligations of the traditional cautionary tale, but the shock treatment approach of Padraic Fiacc’s poetry, with its graphic images of the civil discord that ravaged his native Belfast, combines eye-witness reportage with outrage, so much so that his critics often used words like “crude” and “portentous” to describe his work. But, as Dawe points out, Fiacc’s visceral testimony deserves our attention too because he remains a “contestable poetic witness of the Northern Troubles” (140).

Dawe’s book is ultimately concerned with how we respond to conflict and division, making the case for “personal” stories, “coincidences, [and] random, contingent parallels, rather than the all-powering sweep of history” (142). He celebrates writing as a liberating force, and his central message of inclusion and cross-cultural exchange seems especially relevant in an age of resurgent populism and nationalism. Literature cannot redress but can it be redemptive? Can historical awareness sharpen artistic and moral perception? Dawe seems to believe so. His travels throughout Eastern Europe helped him appreciate how inseparable we are from our history. His own poem “In Ron’s Place” recollects the distant rattle of trains in Tuscany and how their sound conjured up awareness of other “train journeys” across Europe, journeys that led to terrible destinations (152-54). Though Dawe’s poem celebrates the “respite” of that “temporary” Tuscan retreat, he cannot escape the memory of a “haunted landscape of another time” (152). A similar awareness informs Milosz’s 1943 poem “Campo dei Fiori,” which recalls the Nazi destruction of the Jewish ghetto in Warsaw. While warning against the dangers of historical amnesia, the poem epitomizes the sort of “trans-European writing” (151) that Dawe believes is vital to the survival of inclusivity and plurality, the sort of writing that cherishes our common humanity. All in all, this book offers fresh perspectives on Irish war literature. Dawe’s analyses not only acknowledge the complexities of Ireland’s past, they also remind us that no particular ideology owns Irish history.