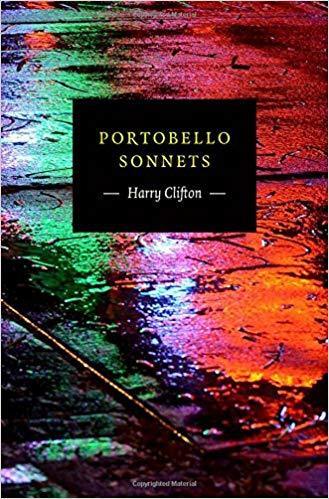 In a recent article in the Irish Times, poet Michael O’Loughlin outlines “Ten rules for the returning emigrant.” “Think again,” O’Loughlin urges those contemplating a return to home soil, “for it will be a mistake.” Rule number 1 reads, “Don’t come back,” while rule number 10 reads, “Above all: don’t come back.” As O’Loughlin reminds us, the treatment of returning Irish emigrants is one of the outstanding ironies of contemporary Ireland. While abroad, Irish emigrés have no voting rights in their home country and can safely be disregarded at home lest their embarrassing departure might “make people a little nervous and resentful” on the green isle, as O’Loughlin suggests. If the Irish emigrant is unwise enough to return, however, he or she may be sure that there will be no welcoming committee at the airport. Rather, the returnee represents a problem for the Irish state. As O’Loughlin writes, “the State has not planned for your return, has made no provision for your health, your housing, your old age, or your children’s right to the education of their choice.”[1] So, on reflection, better to remain where you are.

The acclaimed poet Harry Clifton has traversed this terrain of exile and return in a body of work that culminated in the publication of Secular Eden (2007) and The Holding Centre: Selected Poems 1974-2004 (2014) and in his tenure as Ireland Professor of Poetry from 2010-13. His poetry has been widely admired for its searching poetic explorations of an “original homelessness” (as the poem “Oweniny, Upper Reaches” from the 2012 collection The Winter Sleep of Captain Lemass terms it), which problematize the dialectic of exile and return.[2] An earlier poem “Eccles Street, Bloomsday, 1982” from The Liberal Cage (1988) speaks of “the prefigured city” where the poet can “[w]eigh anchor at last, and go away.”[3] Indeed, Clifton has described the act of going away in an interview with David Wheatley, published in Metre no. 1 (Autumn 1996), as his “attempt to complete [his] personality, to find its second half, the part that didn’t corresponded to external Irish life.”[4] Just as the Joyce of Ulysses enacts the peregrinations of a Dublin wanderer, Leopold Bloom, whose local divagations mirror his creator’s traversal of continental Europe, so Clifton’s peregrinations have taken him from Africa to Asia to Italy to France and back to Dublin, his home city. He has described his arrival in Portobello (a small district in south central Dublin) in the autumn of 2004 as “like rebuilding an identity from the ground up,” and the poems in his latest collection—written mainly from November 2004 to June 2005—reflect this process of reacclimatization.[5]

And as these poems attest, it has not all been plain sailing. In his new collection, Portobello Sonnets, several of the poems imply that the returning emigrant must engage in a process of homecoming much like a human “anchor feeling for the bottom” (9), adrift in his home city. Clifton and his wife, on this reading, are the “[l]atest of blow-ins, ready to try again” (9) on the “dangerous Dublin stretch” (13) resembling more a Beckettian “last ditch” (13) than a “beautiful harbour” (7), as the Irish place name for Portobello— Cuan Aoibhinn—translates. Having lived for sixteen years in continental Europe, the poet feels he has more in common with the immigrants who populate this cosmopolitan part of Dublin—and the pages of Portobello Sonnets—than with the locals whose “voices” the poet finds “all-too-real” (19). He casts himself as a quiet “renegade” (12) to be found “malingering without guilt / At the heart of things,” (10) and thus resembling the “[r]ogue narcissus” of his own apartment flower pot, an anomalous blossom amid the spring daffodils, someone who germinates poems hermetically while “exfoliating / Whitely on [his] own” (22).

There are important continuities here with Clifton’s previous collections, but also a shift in emphasis and setting. As the poet has commented, “[i]n Paris, in the big muddy river of universal history, I wrote broad meditative poems. Here, the cloth is cut to a different measure – more lyrical, more emotional. After a difficult period of re-entry, coming home to old and new demons has been good for me.”[6] His 2007 collection Secular Eden: Paris Notebooks 1994-2004 delves into those muddy waters of history, rarely taking anchor, reaching for the core of the eddy, as Beckett might have termed it. Back at home, The Winter Sleep of Captain Lemass (2012) contained a geographical triptych of poems located in the “Twenty-Six Counties” of the Republic of Ireland, the “Six Counties” of Northern Ireland and poems located “Elsewhere.” Portobello Sonnets is ostensibly more local, taking its inspiration from Ireland’s most parochial (but not provincial) poet Patrick Kavanagh (1904-1967) whose famous sonnets “Canal Bank Walk” and “Lines Written on a Seat on the Grand Canal, Dublin” (both published in 1958) were occasioned by the Monaghan poet’s recovery from major surgery and his embrace of “the habitual, the banal” on the “[l]eafy-with-love banks” of the Grand Canal, a few minutes’ walk from Portobello.[7] Indeed, Clifton also finds solace “Just sitting in the sun / By the Grand Canal” (42) and, like Kavanagh, he urges future readers to “[l]ook me up” (10) somewhere between the Grand Canal and the South Circular Road, where the red-bricked cluster of terraced housing of Dublin’s Portobello district is situated. Kavanagh’s poetic cultivation of both the stony grey soil of his native Monaghan and his own Dublin quarter around Pembroke Road and Baggott Street in the 1940s and 1950s gives Clifton his cue to concentrate on smaller and more limited horizons than the great expanses of his magisterial 2007 collection Secular Eden. The local, after all, encapsulates the universal and to celebrate the parish is not to exclude the wider world, far from it.

Now in his sixties, Clifton may also sense that he is embarking upon his third age and that the “dangerous Dublin stretch” is also the home stretch. The concluding sonnet of the sequence recalls Kavanagh’s own “deliverance” from life-threatening lung cancer and treatment at “the vanished chest infirmary” (43) at Rialto, just west of Portobello. Like Kavanagh imagining his own ghost in “On Raglan Road”—“a quiet street where old ghosts meet”[8]—and in “If Ever You Go To Dublin Town,” Clifton is “[h]aunted” (43) by the ghosts in the streets around him, and several of the poems are elegies to departed friends: singers, poets, editors. Even Clifton’s Lithuanian hairdresser—Marina—is recalled sombrely; she has departed for “India now, or Mexico somewhere / Seeking God” and so her “spirit has strayed from the earth” (37).

In all of this, there is a contrapuntal sense of place and placelessness so characteristic of Clifton’s work. Seamus Heaney’s reading of Kavanagh’s poetry in the well-known essay titled “The Placeless Heaven: Another Look at Kavanagh” comes to mind. In that essay, Heaney contrasted Kavanagh’s early poetry which, Heaney wrote, “is full of the recognitions which existed between the poet and his place” with his later poetry where places are less concrete and become “luminous spaces within his mind.”[9] In Portobello Sonnets, we can identify plenty of local streets and place names, but the detachment of Clifton’s poetic voice and its articulation of “[t]he private” poetic realm with its meditations on “loneliness, death” (18) is very much the fulcrum of this collection. As the epigraph suggests, in lines taken from Kavanagh’s “Self-Portrait” (1964), in the third age, or in middle and old age generally, “we are content to be ourselves, however small” (5). That same aura of acceptance found in late Kavanagh runs as a linking thread through these poems.

But there is nothing small about Clifton’s poetry. C.K. Williams has praised Clifton’s capaciousness, his use of “geography, landscape, cityscape, repeopled precincts of the imagination,” an expansiveness of time and place, past and present, thought and word.[10] Portobello Sonnets takes its place among Clifton’s “repeopled precincts of the imagination.” The same “masterful formal dexterity” also praised by Williams is very much in evidence in these sonnets which are effortlessly woven. For Clifton, it no longer matters where one locates oneself or ones writing; as he says, “placelessness is the ideal.”[11] To quote from the poem ‘The Waking Hour’ (1988), Clifton’s poetry the announces the contemporary world:

In klaxons and white noise, delivering

To our disembodied selves

Wherever we are, the temporal fruits