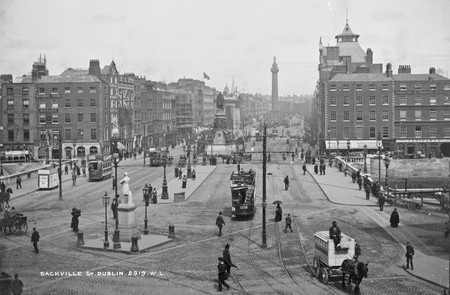 Since the writings of James Joyce entered the public domain in the European Union on 1 January 2012, works drawing on that oeuvre have multiplied at a staggering rate. In 1932, Joyce reported that “nine persons seem to be engaged in doing books about me at present”[i]; more recently, the last two years have seen the publication of ephemera (Finn’s Hotel) and artist’s books (The Works of Master Poldy), alongside performance pieces (riverrun) and regular academic outputs. The UCD Humanities Institute’s iPad app, James Joyce – The Dead, was similarly enabled by the expiration of Joycean copyright, and represents a very welcome addition to digital resources in Irish Studies.

The content of James Joyce – The Dead constitutes an “exploration of Joyce’s short story through text, sound and images,” and includes audio readings, music, commentary, a map, and contemporary images of Joyce’s Dublin. Additionally, it provides a useful section listing Joyce Resources for further research and archival study.

The text of the story itself is presented in a clear, attractive, and readable fashion. The supplementary material is not directly linked to the reading view of the text, with the exception of Noel O’Grady’s performance of “The Lass of Aughrim,” found in the margin of the story at the point where the reader encounters Bartell D’Arcy’s rendition of the song. O’Grady’s a cappella performance is evocative, echoing the narrator’s description of the performance “made plaintive by distance.” Its placement within the text might be questioned, however, as the performance can be found in another section of the app along with a host of other multimedia material. Perhaps the reading text would have been better preserved as text-only, allowing the reader to appreciate the sweetness of its unheard melodies.

The provenance of the text of “The Dead” used in the app is undeclared and uncertain. Instead of employing Joyce’s manuscript convention of using dashes to set out dialogue, which has been generally adopted by critical and popular editions, the app preserves the inverted (or “perverted,” as Joyce called them) commas of the first and early editions. Certain readings (such as the absence of the comma separating the singers “Trebelli, Giuglini”) are particular to the 1914 first edition. Elsewhere, however, readings adopted after 1914 are given (e.g. Mrs Malins’ son-in-law’s “beautiful big fish” of 1914, has been rendered, as in Joyce’s manuscript, as a “beautiful big big fish” since Robert Scholes’s Viking Press edition of 1967; the latter is used here). These are pedantic points, certainly, since this is not a critical edition of “The Dead.” But the inherent variability of the text makes a case for the app stating the origin of its adopted text.

Of the supplementary materials, the app includes a recorded reading of “The Dead” by Barry McGovern, 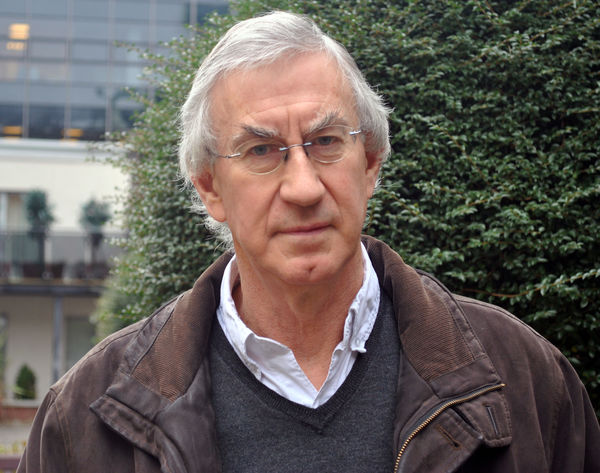 who has elsewhere turned his hand—and voice—to interpreting Beckett’s works. The “Commentary” section features recordings of UCD academics placing the work in its literary and geographical contexts, as well as exploring the story’s engagement with themes of Anglo-Irish relations, music, and love and sex. These commentaries are beautifully pitched for the general reader or listener. Their accessibility is matched by excellent production, and their inclusion of distant music and ambient sound is hauntingly Joycean. An update to audio interface used in previous versions of the app has improved the user’s ability to navigate Barry McGovern’s ninety-five minute reading of the story. The limitations of the previous audio player are still present in the audio commentaries, however, and the implementation of the new audio interface across the app should be a priority for the next update.

Any app that is built around a literary text is destined to be compared to The Waste Land app, which remains the touchstone for literature in this medium, just as The Rossetti Archive and The Blake Archive continue to be cited as pioneering and influential hypertext editions of literary works. Released in June 2011, the Faber app of T. S. Eliot’s poem featured prominently in Apple’s marketing that year and earned near-universal acclaim, recouping its production costs within six weeks. The app is notable for its preservation of Faber’s elegant design aesthetic and reconception of “The Waste Land” as a multimedia sensory experience. The user is offered the full published text of the poem, along with scholarly annotations, references, and facsimile images of the Pound-edited manuscript (though the famous blue pencilling is lost in the black and white facsimile). In addition, the app provides audio-visual material in the form of readings (by Eliot and others), video commentaries (from Seamus Heaney and Jeanette Winterson, among others), and a performance of the poem by Fiona Shaw. All features are accessible in a neat interface where the text of the poem remains central while others do “The Waste Land” in different voices from the margins.

One of the major achievements of The Waste Land app is the success with which it handles the task of remediation: of taking the text of the poem and reproducing it in a new medium. The design and typography achieve the satisfying readability associated with a book (a New York Times editorial declared that it “feel[s] published”), without resorting to the skeuomorphism of Turning the Pages, whose interface mimics the action of turning the page of a codex.[ii] Such kitsch (“like preserving a coachman’s seat on a motorized vehicle,” in Johanna Drucker’s view) serves only to reinforce the fallacy that texts are ineluctably shackled to a single material form, and it subconsciously undermines the many different orientations that digital media can apply to the experience of reading literature.[iii] Though the design of The Waste Land achieves a smoother transition between the various elements of the app, James Joyce – The Dead also completes a quite effective remediation through its simple and stylish design of the reading text.

A tablet such as the iPad is an important factor for such literary apps. Reading on a tablet is a much more pleasant affair than reading from a laptop or desktop computer. Its portability enables its user to read in many situations where a laptop or desktop would prove unwieldy. By comparison with these machines, its less conspicuous technology reminds us that some of the world’s earliest recorded texts are preserved on tablets: of the Mesopotamian, not the rechargeable kind. While the tablet approaches bookishness to a greater degree than other digital devices, its differences from the book raise compelling questions about how we interact with those papery pieces of technology. Not the least of these is: what is a book? Neither The Waste Land (a “digital edition”) nor James Joyce – The Dead (an “app”) self-identifies as a book, perhaps wisely, given Apple’s refusal to admit a variorum edition of Thomas Jefferson’s Notes on the State of Virginia to the App Store (it was “simply a book,” Apple decided, and therefore belonged in the iBook Store).[iv] The Top Charts of the “Books” section of the App Store bears this distinction out, as it is populated by apps for 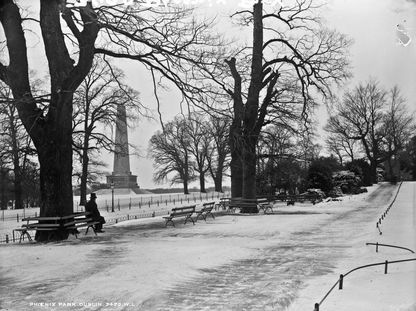 reading, and children’s and comic books, where image holds sway over text. The Waste Land is currently the ninth highest-grossing book app, sitting a place below My Little Pony: Fluttershy’s Famous Stare. “The Dead” and “The Waste Land” were presumably chosen as suitable subjects for apps because of their literary and cultural significance. If, as Jerome McGann has argued on many occasions (most recently in A New Republic of Letters), that the entirety of our cultural inheritance must be recurated and reedited for digital media, these apps should provoke questions about how we wish to approach this mammoth duty. They should also lead us to consider, both practically and philosophically, the difficult question that McGann also poses: what do we do with the books?

James Joyce – The Dead has the potential to reach a wide audience. The story is both a popular favourite and a canonical text taught in schools and universities around the world. The developers at UCD Humanities Institute are to be commended for producing excellent commentaries, for curating a valuable resource for teaching and reading, and for releasing it free of charge. In several senses, the app’s significance reaches far beyond the study of Joyce, to questions of how we are to preserve our literary heritage and negotiate a digital literary ecology.