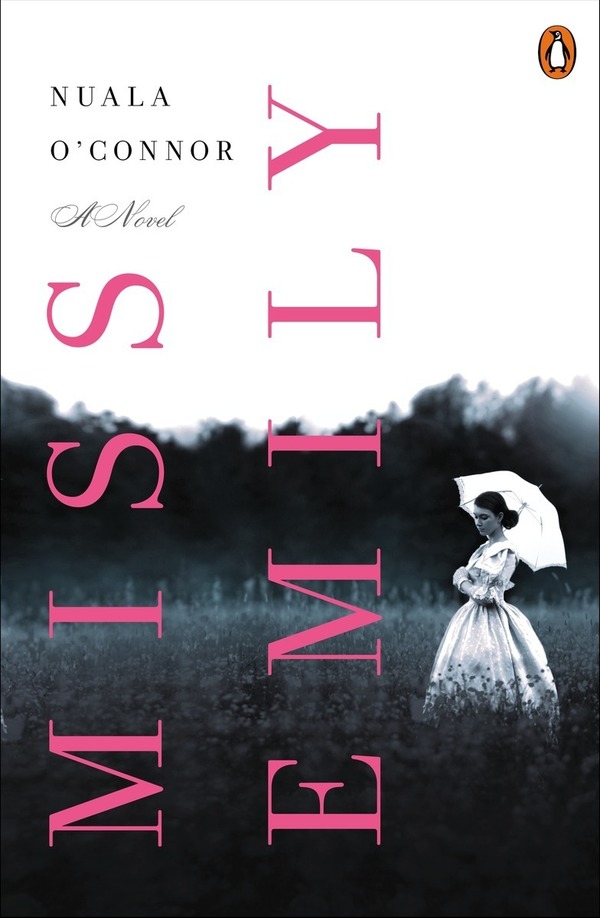 For much of the twentieth century, most readers of Emily Dickinson were aware that they were engaging with intriguing, fascinating, and original poetry, but also that they were reading the words of a woman who spent much of her later life hidden away from the world. If, in her own lifetime, Dickinson was referred to as the “Myth of Amherst,” then in her afterlife she has become an even more mysterious, elusive, and puzzling figure. While biographers and scholars have attempted to explain Dickinson’s eccentric way of life, as well as her other choices, such as her resolve not to publish her work, readings of the poems have tended to interpret them as intensely personal, introspective, and private expressions of an individual who was hermetically sealed off from the world. More recently this view of Dickinson has been challenged by critics who have shown not only that Dickinson and her poems were firmly rooted in her New England milieu, but also that she was intellectually engaged with an international literary and cultural context. Many of her poems, for example, use imagery from Central and Southern America, Asia, Africa, and Europe, reflecting her capability of looking outwards as well as inwards and connecting the local and personal with the global. Aífe Murray, in Maid as Muse: How Servants Changed Emily Dickinson's Life and Language (2009), amply shows the transatlantic influences on Dickinson’s home-centered poetry that stem from her relationships with her family’s Irish emigrant domestic servants. Two such servants were Margaret O’Brien, who worked for the Dickinsons from the mid-1850s until 1865, and Margaret Maher, who was a servant at the Dickinson Homestead from 1869 to 1899. Murray argues for a connection between Dickinson’s creative productivity and the reality of her having domestic help with household chores.

Nuala O’Connor’s Miss Emily imaginatively draws on recent Dickinson scholarship and available historical and biographical material to create a fictional servant, Ada Concannon, a relative of Margaret Maher, who works for the Dickinsons in 1866 after Margaret O’Brien leaves. In alternating chapters, O’Connor offers readers, respectively, the perspectives of Dickinson and Ada. Taken together, these dual first-person narratives provide a nuanced account of the warm friendship between these two women, involving often frank and amusing conversations that underline their connections as women and social outsiders rather than their differences of class, nationality, age, and religion. Drawing attention to the relationship between artistic endeavor and domestic labor, O’Connor’s novel, like so much of Dickinson’s writing, validates the significance and importance of daily routine and of the ordinary features of private lives in which, it would appear, nothing historically eventful actually happens.

The novel pays fitting reverence to Dickinson by creating a rounded, enigmatic, and complex figure, who has already begun to retreat from the world, owing to her decision to dedicate her life to writing poetry. However, it is when the novel attempts to get inside the consciousness of this poet and have the Dickinson character explain her life choices that the writing becomes strained and the narrative voice unconvincing. In one extraordinary section from the novel, we hear Dickinson record her ongoing struggle to create a space for her poetry and to explain to others why she often refuses to leave her home: “But how can I explain that each time I get to the threshold, my need for seclusion stops me? The quarantine of my room—its peace and the words I conjure there—call me back from the doorway. Ada could not truly appreciate that the pull on me of words, and the retreat needed to write them, is stronger than the pull of people” (52-3). Would the real Dickinson have thought this? Would she have made the following reflections: “shall I withdraw and become a complete hermit, sociable only with those who know me best and will not think to upbraid me for loving solitude” or “This decision—to wear white—sings poetry to me: it will speak of my obedience to words, my dedication. It may signify that to me only, perhaps, but to whom else do I need to show my allegiance?” (101, 120). Reading such sections, one wonders about the wisdom of ever attempting to render the thought processes or delve into the mind of a literary genius such as Dickinson whose inner life is so very difficult for anyone to imagine.

Much better are the sections in which Dickinson’s competing desires for both intimacy and distance are enacted in and through her interactions with others. She tells her nearest neighbor and beloved sister-in-law, Susan Dickinson: “I love you from a distance because I have no choice” (135). The high points of the novel are certainly such moments of interpersonal contact, in particular her conversations with Ada, but also Ada’s own perspective on, reflections about, and feelings towards the poet. The other most striking scenes are those that connect domestic activities with the creation, discussion, or recitation of poetry. In the novel, poetry is created when quotidian perceptions, impressions, and ideas are transformed. To demonstrate this, O’Connor quotes from and positions some of Dickinson’s most evocative lines within the daily exchanges between Dickinson and other characters, and she also incorporates or translates Dickinson’s language into the prose of the novel. Those who know Dickinson’s writings very well will recognize this transformative process and perhaps also notice references to and echoes of some of Dickinson’s favorite writers among her thoughts; for example, referring to  the character who is murdered in the course of the novel, Dickinson paraphrases a line from Shakespeare’s Macbeth to express her fear that “alas, all of great Neptune’s ocean cannot wash his killer clean” (223). As she tells Ada, “We need nothing else when we have Shakespeare” (25).

Although associated with the domestic and local, it is clear that O’Connor’s Dickinson is engaging with the literary and cultural world beyond her town. These affiliations and interests beyond Amherst are demonstrated in and through her relationship with Ada. Dickinson reflects: “The Irish put great store in spinning a narrative around every small thing, and although I may view life New Englandly, I think I must be somewhat Irish at my core, for I love to do the same” (27). In the same spirit of internationalism, Dickinson is fascinated by Ada’s humble Irish roots, and even mentions reading the Irish poet, singer and songwriter Thomas Moore, and suggesting the influence of his songs and ballads on her poems. Of course, the novel’s depiction of life in nineteenth-century New England makes very clear that this region has been marked and shaped by Irish immigration and, accordingly, by events in Ireland and most poignantly by the Irish Famine of the late 1840s. Ada’s story shows the realities and vulnerabilities of being a domestic servant in America at this time, as well as evoking the specific struggle and plight of the thousands of Irish who emigrated to America in this period and the derogative views that many Americans had about these migrants and their religion, Roman Catholicism. The views of Dickinson’s brother, Austin, seem representative of those expressed by many Americans at this time. He tells Dickinson: “[Ada] is from Ireland, and one sure thing about the Irish is that they disdain the truth. They have two, nay, three faces apiece. Do not be fooled by her mellifluousness—all Irish people lie,” adding: “All Roman Catholics are devout, Emily. It doesn’t mean that they are not devious sinners also” (175-6).

Reinforcing the realities of transnational connections and relationships, despite nationalistic bias and religious prejudice, the novel presents Dickinson, not as a figure associated with elitism and aloofness, but as a woman capable of responding with great understanding, tenderness, and love, to the struggles of others, particularly of other women. The novel implies that it is because Dickinson sees herself as an outsider that her intellectual scope is broad rather than narrow and that she is ready to reach out and relate to Ada. Drawing on and referring to the central importance of female friendships in Dickinson’s life, in particular her great love for Susan Dickinson, the novel has Dickinson not merely call Ada her “friend,” but also come to her defense and recue, notwithstanding the dangers to herself. O’Connor’s Dickinson is not a tragic, self-absorbed poet, but rather someone who moves beyond personal interests and desires, steps outside her own home of safety and comfort, to reach out to another in an attempt to prevent personal disaster and scandal. Dickinson tells her family: “I am not raging. I am defending a friend…This is the very real distress of a very real young woman. Ada is in our care. She relies on us” (203). In her defense of Ada to Austin, Dickinson reflects, “I want to shout poetry at him: Amputate my freckled Bosom! / Make me bearded like a man! Because if I were a man, I could battle him well and make him listen to me” (202). Dickinson’s simple act of social protest and female solidarity stresses her ability to identify emotionally and imaginatively with the experiences of others, in particular the outcast and the vulnerable.

Using a reference to Dickinson’s reading of Elizabeth Barrett Browning’s Aurora Leigh (1856), O’Connor draws attention to similarities between Miss Emily’s plot and that of Barrett Browning’s novel-poem, which Dickinson greatly admired. For example, the friendship between Dickinson and Ada is a version of the cross-class companionship of Aurora Leigh and Marian Erle and Aurora’s recue of Marian, who has been sold into prostitution and has had a child, having been the victim of rape. In so doing, O’Connor summons up the inextricable connection between the production of great poetry and the ability to sympathize and identify with others. When O’Connor notes that a picture of Barrett Browning and George Eliot hung on Dickinson’s bedroom wall, she connects Dickinson’s response to Ada with the values of these women writers who were the Amherst poet’s “heroines” (225). In line with their works and values, O’Connor’s Dickinson endorses the interconnection between civic or moral duty and the production of great works of art.

In summary: Miss Emily presents its readers with a version of Dickinson for the twenty-first century: an intensely private and reclusive woman who was as determined to live according to her own idiosyncratic rules, as she was to engage on her own terms with the world outside her Amherst home. In the spirit of her beloved literary heroines, Barrett Browning and Eliot, this fictionalized Dickinson crosses class, national, and religious lines to reach out to her Irish maid Ada with compassion, empathy, and humanity. In eloquent prose, O’Connor has depicted the life-changing friendship of two very different women that celebrates their complexity, passion, and strength.