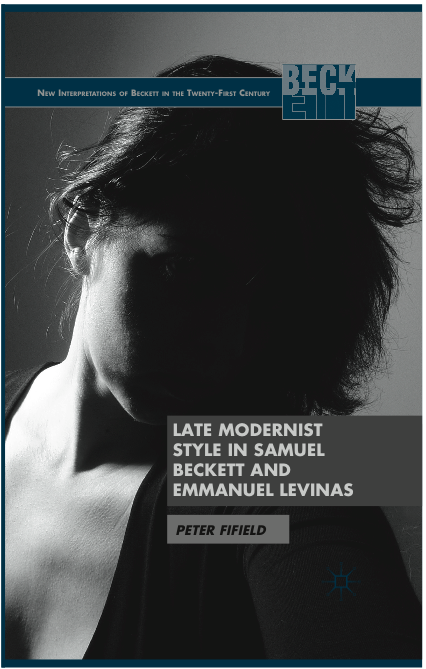 As Jean-Michel Rabaté points out in his book, James Joyce and the Politics of Egoism, it was always Joyce’s aspiration to write a work of philosophical aesthetics.[1] However, Joyce’s post-revivalist sensibility saw him abandon a faith in philosophical and political enthusiasms for a deeper commitment to the practice of writing itself. While the enthusiasms of other high modernists like T.S. Eliot and Ezra Pound seem to be a question that has been put to bed, the same cannot be said of Ireland’s “split little pea” (as Finnegans Wake said it), and the ambivalence inherent to Irish modernism’s commitment to things that lie beyond the text—be they in the domain of politics or cold philosophy.[2]

The case of Samuel Beckett, ambulance-man in the fray of World War II France, might seem to be a less ambiguous issue. As it stands, however, there is an unresolved tension between Beckett’s aesthetic debugging of the post-war theater of Saint-Lô in his 1946 radio broadcast “The Capital of the Ruins” and the comprehensive nihilation at stake in his fictive unwording of the word. Beckett’s perceived negative sensibility raises issues around the topic of literary representation and its ethical dimension, and it creates problems for those who might wish to pin him down as a writer engagé. With a severe theoretical lens, Maurice Blanchot’s pulse-check of post-war fiction in The Book to Come did much to initiate the prejudice of Beckett as the supreme connoisseur of the “neutral.”[3] However, according Peter Fifield’s recent gloss on the intellectual climate of the post-war European avant-garde in Late Modernist Style in Samuel Beckett and Emmanuel Levinas, the tension between the aesthetic and the extra-poetic might in fact be best understood in terms of that most eminently committed of philosophical categories: the ethical.

Emmanuel Levinas wrote of ethics as first philosophy. As Fifield makes clear, the congruence of the philosopher’s language with the subjects of Beckett’s prose and drama is strikingly apparent. Levinas’ insistence on the “indigence” of the ethical relation with the Other certainly shares a register of destitution with the tramps and tatters that populate Beckett’s stage and fiction.[4] While accepting this comparison, Fifield’s book offers a sober evaluation of the shared preoccupations of Levinas and Beckett that manages to transcend mere thematics or subject matter. Indeed, his forthright recognition of the heterodox nature of his exercise is palpable from the outset, as he describes Levinas’ ethical philosophy as implying an outright rejection of art. Here, Fifield makes reference to Shane Weller’s Beckett, Literature, and the Ethics of Alterity and outlines the difficulties inherent to the project of reconciling Beckett’s modernist impassabilité with the absolute proximity of the face-to-face encounter that Levinas takes as his centerpiece. Indeed, Fifield goes a step further than Weller, suggesting that “Literature for Levinas is not [merely] anethical but unethical” (2). As such, the tentativeness of the book’s thesis shares the kind of skepticism that Levinas makes so central in Otherwise than Being, or Beyond Essence. Levinas’s latter work is drawn on most frequently to support Fifield’s stylistic correlations between Beckett’s syntax of weakness and the “passivity more passive than all passivity” that characterizes the ethical encounter in Levinas.[5]

The first half of Late Modernist Style sets the terms of intellectual engagement between Beckett and Levinas, proposing a possible familiarity via their mutual friend, the painter Bram van Velde. Both writers contributed to a publication celebrating van Velde, entitled: Celui qui ne peut se server des mots (“the one who cannot use words”). Fifield thus signals a fascination with linguistic infelicity and the failures of literary representation in face of the Other who, for Levinas, institutes discourse before and beyond any resourcefulness of the self. The first half of the book is accordingly given over to the Levinasian notions of the trace and the “unsaying” of words as they inhere in Beckett’s Catastrophe and the trilogy of novels. Fifield assumes a specific lexicon of poetic terms in order to render the stylistic parallels between Levinas and Beckett, and terms like “palinodic” and “epanarthosis” (80) are effective in relating the Levinasian trace (or what Jill Robbins calls “the mark of an effacement of a mark”[6]) to self-cancelling fictions like The Unnamable.

This pursuit of structural affinities between the two writers is the most convincing aspect of Fifield’s book, but the actual attention to the contortions of Levinas’s writing style is only partially realized amidst references to philosophemes like “interruption,” “recommencement,” and “hyperbole.” Certainly, Fifield appears to go beyond the purview of books like Andrew Gibson’s Postmodernity, Ethics and the Novel, from 1999, which concentrates on instances of the Levinasian Said and Saying in Beckett’s Company and Texts for Nothing. While Gibson’s earlier attempt to confront Levinas with “his other” pays close attention to the affective provocation of the literature itself, it lacks the scope to make more general conclusions about the way in which this alters our reading of the Beckett corpus.[7] This latter feat Fifield seems to accomplish. His attention is astutely directed toward the implications that the Levinas analogy has for reading the state of the field and the shape of the corpus. Thus the stylistic reduction of Beckett’s late period is refracted through a close-reading of Worstward Ho, and the infinitesimal excessiveness of the prose is instanced (counter-intuitively) as an example of Levinasian hyperbole. Fifield writes: “Like Levinas’s metaphysical urge, Beckett’s rhetorical superfluity reveals not so much exhibitionism as a preference for digging deeper… Just as the philosopher writes of a passivity more passive than all passivity, Beckett seeks a ‘best worst’” (153). The excessive repetition of How it Is is described in terms of the “interruption of essence” (111), and its parataxis amounts to a paroxysmal prose of recommencement and constant “reopening” (114) that allows for the inscription of alterity. Arguing that effusive voices of alterity come to inhabit the later fiction, Late Modernist Style thus offers a clear challenge to closed or totalizing paradigms of linguistic parsimony that might go along with conceptualizations of Beckett’s late style.

Perhaps the most contemporary note that Fifield sounds lies in his opening of the field to the subject of historical testimony. The double bind that he emphasizes—of a speaker whose expression of alterity can succeed only by failing—is one that has clear implications for the subject of testimonial studies. David Houston Jones’s 2011 book, Samuel Beckett and Testimony, makes large asides to Levinas and describes the impossible terms of expressing the historical trauma of the Holocaust. Here, Primo Levi’s framing of the double-bind of disaster chimes with the Levinasian Other, who absents himself from representation:

Fifield channels this sense of aporia in a vertigo-inspiring fashion: “Does Levinas succeed when he fails to express the other, as I have implied? Or is that success itself a failure of sorts: a failure to successfully fail? Must he succeed at failing or fail at failing and thus succeed?” (155). As Fifield traces the abject predicament of The Unnamable’s impossible testimony, Blanchot’s idea of the Beckettian subject as an “eloquent survivor” comes full circle.[9] Fifield reminds us of the fault-lines that unite the two writers, and the writing of disaster that Levinas and Beckett both evince seems to echo in Worstward Ho’s famous calculus of infelicity: “Try again. Fail again. Fail better.”[10] Late Modernist Style is a timely reminder of the pensum at the origin of post-structuralist thought, and is ever-mindful of the fact that, as Levinas says: “the best thing about philosophy is that it fails” (66).