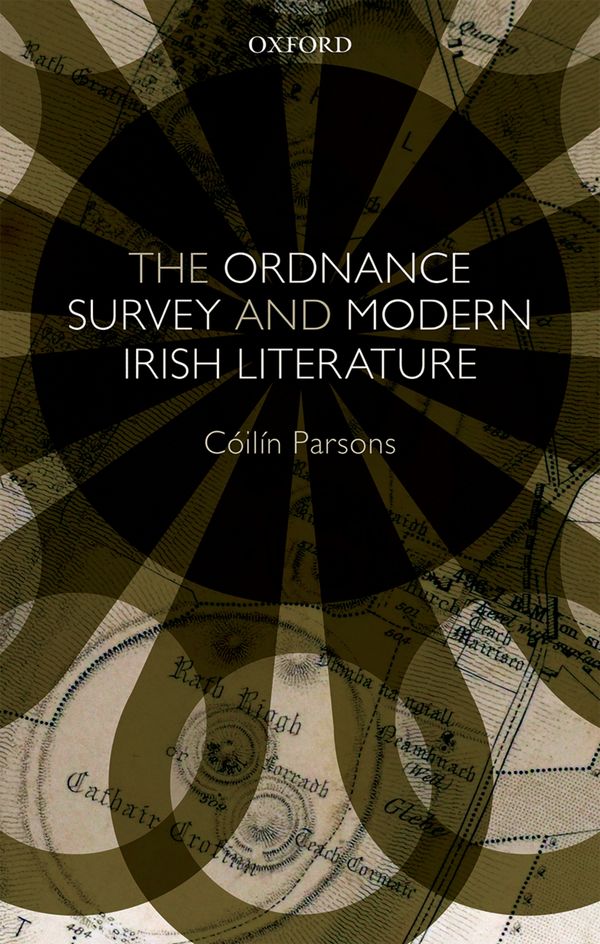 In “The Necessity for De-Anglicising Ireland,” Douglas Hyde criticized the Ordnance Survey’s work in these terms: “‘[The Survey treats placenames in Ireland] with about the same respect as if they were the names of a savage tribe which had never before been reduced to writing, and with about the same intelligence and contempt as vulgar English squatters treat the topographical nomenclature of the Red Indians’” (qtd. in Parsons 18). Hyde positions Ireland and Irish culture somewhere in between the signposts offered by a “savage tribe” and “Red Indians” and intentionally throws into disarray the colonial dualisms upon which conceptual and ideological categories such as “the modern,” “the civilized,” and “the savage” were erected. But what is more interesting to note is that Hyde’s impassioned polemic reveals some telling contradictions: Irish culture is distinct from the pre-literate non-culture of “savages”; and, Irish literacy mirrors the latent intellectualism underwriting the “topographical nomenclature of the Red Indians.” Hyde’s project in this lecture is to show that “Irish sentiment sticks in this half-way house” of continuing to both hate and imitate the English.[1] The lecture is both an elegy for the downfall of “the most classically learned and cultured nations in Europe” and, at the same time, a call to arms that hopes to “create a strong feeling against West-Britonism.”[2] It is fitting then that questions of linguistic sovereignty and cultural displacement raised in that lecture find in the cartographical work of the Ordnance Survey a medium that encodes the topographical and the linguistic contours of the nationalist project. Underwriting this overt aim is of course the uneasy relationship between savagery and modernity that unwittingly rears its head in Hyde’s language.

Hyde’s caustic charge “sealed the fate of the Survey in popular opinion” as a disruptive and destructive force, writes Cóilín Parsons in his new book, The Ordnance Survey and Modern Irish Literature (18). Parsons’ book, as its introductory chapter alliteratively describes, analyzes the incongruent angles formed by “Maps, Modernity, Modernism.” The book acknowledges that “It takes physical, political, and imaginative labor not only to make a map, but also to make it appear natural, as if there were an uncomplicated, direct relationship between the landscape as it is encountered and as it rendered on the map” (1). However, the Ordnance Survey, Parsons argues, “sought to do the impossible—to preserve the entirety of Irish history” (15). The book’s aim is to discover how “a colonial mapping project can in fact be resistant to itself,” and how a postcolonial writer may expose the inherent contradictions that form the foundation of such exercises but nonetheless produces “new forms of resistance” (23). It is a book, therefore, as much about the historical conditions that underwrote the founding of the Ordnance Survey, but it is also a book that jumps those historical frames to demonstrate how Irish authors unsettle the territorial and cultural certainties embedded in the survey’s maps. Divided in two parts, “Archives” and “Scales”—with an epilogue on Samuel Beckett’s abstract landscapes—the book offers a rich critique of the Survey and the uses it is put to by authors, in a manner that seems generous without being unfair.

As Parsons shows, Hyde’s sharp criticism of the mapping enterprise was only strengthened by Brian Friel’s iconic play Translations, which dramatizes the Ordnance Survey’s work as if there was no “practical or epistemological distance between naming a village and razing a village” (18). However, despite scholarly interventions, such as the one made by the doyen of cartographic study in Ireland, J. H. Andrews, about how Friel’s play takes poetic license with the Survey’s ideological and political aims, the version supplied by Translations seems to have thoroughly overshadowed the Ordnance Survey’s intellectual aims. It is important to remember that Friel never claimed historical veracity for his representation. Rather than being seen in dualistic terms, which casts the Survey's work as a ruthless operation aimed to fracture Irish cultural and political identities, paying attention to the complex materiality of its operations provides an avenue to assess its long-lasting cultural influence on Irish literature. To reclaim the Survey’s work as one with intellectual aspirations and fraught with scholarly angst could not have been easy. Parsons’ book displays a vivid awareness of the critical influence which Friel’s version of the Ordnance Survey has played in Irish postcolonial studies. Crucially, it is also aware of the pitfalls of knee-jerk revisionism.

The book treads treacherous ground, especially in its introductory chapter, which argues that the relationship between cartography and imperial power cannot be fully grasped through simplistic formulations and that “a colonial mapping project can in fact be resistant to itself”; its contradictions and miscalculations are always open to the judgements of the postcolonial writer (23). Maps and mapping projects have played a crucial role in postcolonial studies because they necessarily imbricate variegated epistemological viewpoints: positivist and empirical knowledge systems that form the bedrock of modern cartography but might stand in opposition to alternative forms of indigenous mapping, is an example. Cartographical projects are indicative of imperial networks and technologies of communications on which a survey depends. Maps are central to questions of modernity—and this is pointedly shown in Translations through Captain Lancey’s rhetoric of imperial benevolence—as they are to questions of resource extraction from colonies. However, Parsons’ argument, very well made, is that maps “are also part of a complex matrix of representational practices that seek both to define and to reflect the landscape of modernity” (25). Indeed, Hyde’s polemic frames the critique of the Ordnance Survey through exactly such a narrative of modernity. The Survey, for Parsons, is one of the “many possible and actual starting points of a history of Irish modernity and modernism,” and what emerges in the book is a brilliant and fresh analysis of the ways in which James Clarence Mangan, John Millington Synge, James Joyce, and Samuel Beckett engage with such a cartographical heritage and postcolonial imperative (24).

One of the more enriching aspects of this book is the wealth of archival research on which it is founded. While there have been comprehensive studies of the Ordnance Survey, most notably the one by J. H. Andrews (A Paper Landscape, published in 2002) and also others that Parsons acknowledges, a thorough investigation from a literary perspective is especially welcome. The narrative that emerges from the Survey’s letters between people such as John O’Donovan (an orthographer and etymologist who had worked with the historian James Hardiman and was a well-known scholar of Irish) and Thomas Larcom (charged with supervising the Survey after Thomas Colby) is one which makes the daily work of the Survey seem like a variegated and complex one. A simplistic account of intent and outcome is hard to come by, as we might expect. However, the story that Parsons presents us with is especially so, because he utilizes multiple frameworks to critique the archive of the Survey’s letters. These are the theoretical avenues suggested by scholars like Henri Lefebvre, Seamus Deane, Thomas Davis, F. H. A. Aalen, who shares space with William Cosgrove (whose Apollo’s Eye is one of the most breath-taking studies on cartography), Achille Mbembe, Jacques Derrida, David Harvey, and Michel Foucault. The range and depth of theoretical frames may seem daunting to some readers, but at a time when much of what gets published is written hurriedly and under institutional duress—monographs whose arguments seem rehearsed or pretentious—Parsons’ book offers a serious scholarly intervention in the fields of Irish Studies, Modernism, and Postcolonial Studies.

The Ordnance Survey was anything but a careless operation. However, even though “care and thought…went into choosing place names for the maps in Ireland, the results are famously unattractive, and every county has its own honor roll of disastrous names” (54). It was after all a “nationwide orthographic experiment to record the name of every feature of the Irish landscape” (51). Not only was choosing a standardized orthography difficult, the six-inch scale demanded a degree of detail that had never before been seen on Irish maps. Such scalar complexities resonate with the literary texts that Parsons studies. His readings of the opening pages of The Aran Islands and of the “Parable of the Plums” in Ulysses begs special mention. Contemplating on notions such as “scale bending” or “scale jumping” opens up Ulysses as a text that is intrinsically interested in cartographic methodologies; “Its encyclopedism tends toward the anarchival, which is perhaps one of the unseen legacies of Mangan’s work on Joyce” (181).

Scaling the “modern” in Irish literature through the lenses offered by cartography is a timely recalibration of a wider debate about colonial modernity in Irish Studies: enough energy has already been expended in this regard. Therefore, it is especially good to see that Parsons demonstrates latent environmentalist angles in this book, which might help re-fashion the frames through which questions of “modernity” are approached. At a time of rapid anthropogenic climate change, the vocabulary and analytical structures offered by human geography and cartography will be especially beneficial for Irish Studies. Hyde too, we might remember, had wanted to offer such a cartographic viewpoint; in his words a “bird’s eye view of our island today.”[3] Peculiar challenges face Irish Studies when it comes to critiques of landscape, space, and place, which are already thickly aesthetic and often depoliticized discourses. Parsons’ book rarely returns us to those old paradigms (whose usefulness seem spent) but energizes the field in a deliberate fashion, laterally.