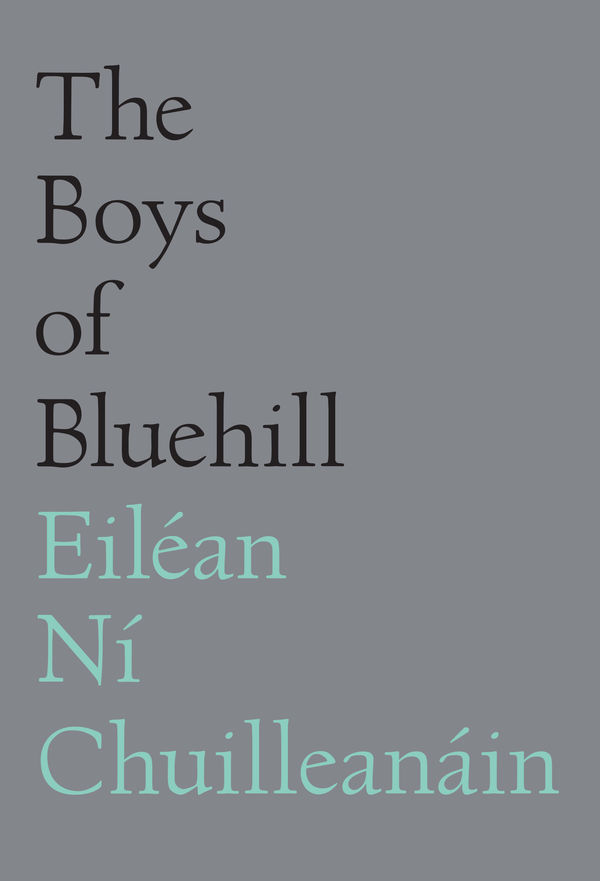 It is significant that Eiléan Ní Chuilleanáin has chosen the name of a popular Irish fiddle tune, possibly a rebel call to insurgency, to identify her latest collection, The Boys of Bluehill. The ballad form allows events that happened a long time ago to be narrated as though they took place last week, as often a disaster surrounded by silence. The facts matter less than the imperative to make a singable song. Ní Chuilleanáin draws upon this alchemy for economical storytelling, although the poem alluding to the favorite partypiece of her deceased sister, herself unnamed, refers also to a lost melody or symphony frozen in memory, “Miss Canty’s reel,” which was composed as an original by her sister but of which there is no written record. What we are left with is only half then, or an approximation of, the sound of a person’s life.

Ní Chuilleanáin is more explicitly personal than usual in this collection while still leaving much unsaid. The mystery and complexity of the dominant illness and death are obliquely referenced. Many questions are asked in a plain speaking tone, which are cryptically evaded even as they are subtly answered. Ní Chuilleanáin trademarks are these apparently real episodes with detailed characters and locations that morph into psychotic confrontations or conversations with intermediaries who resemble ghosts, as the goat’s hair sullies the butter which indeed cannot fairly be called “butter” (8). “How to cope at all with the past” is one of her main preoccupations, voiced through the central image of a dying woman with five days’ curdled milk (11). This same gifted musician is visualized, teaching an angel the lute at a heavenly wedding. The “elation of the strings” counteracts the suffering of mourning, although the “whole folded history” could also be that of Ireland or even of Europe and its Jews (19).

Often there is a motif of climbing as an orchestra mounts, trying to recover after twenty years the notes realized by the sister’s performance, or the sensation of a knot of emotion loosening like a flying shape, a bird or butterfly. In an uncharacteristic, direct poem about her father’s internment, she recalls and thus exorcises her family’s long experience of imprisonment and execution. Describing visits to the hospital and a previously sheltered childhood home, she queries “the robed processions of my childhood,” the pomp and authority of Roman Catholicism with its all-male power (31). Her translations from Romanian have deepened this gothic dimension in her work, as she makes a tortured journey with much looking back to find what she knows not. There are many vignettes sharply picked out, the realism of indigo suited ladies in a lounge bar ordering brandies. A surreal figure casts a vast shadow that is parasitic on a house. Most of the titles are very simple and abstract, although “Juliette Ryan and the Cement Mixer” stands out as resonantly as Robert Frost’s “Out, Out.”  Frequently, the situation is that of a vulnerable female unable to remember a traumatic event associated with a doubtful, controlling male persona.

In these meetings she crosses a very thin membrane between conscious and unconscious levels of experience, commenting that books, yes, do ease ignorance but do not solve “the rules of the game that will not be played again” (41). This phrase is but one example of her highly individual wrapping up of her poems in a final terse or laconic and intriguing statement of actual fact, which at the same time is almost more aware than the reader or writer can afford to deal with. It is a form of sabotage or inversion—I am telling you something but not quite the truth as it was. As ever with Ní Chuilleanáin’s vast intellectual compass, she makes valid connections between various different registers of language, her task being to hunt down somehow the meaning of a forgotten word that is well-nigh irrecoverable. She is both confused and stimulated by Biblical and patriarchal metaphors, by Audenesque discussions of aesthetics and morality. Her most memorable moments are epiphanic capturings or photographs snapped of the natural Irish landscape reminiscent of Seamus Heaney’s “mud visions,”[1] for example:

The light when she remembered

After the storm had passed

Was as clear as a day in Galway

When the rain stops, when the sun

The lyric control here is hard won and deceptively simple, conjuring up a Paul Henry painting. Another way she has of bringing her speculations down to earth is to incorporate a piece of Anglo-Irish or even Dublin slang into the reported dream speech, as in “Finding Proteus”:

Or a single ordinary word like “her daft excuses,” which contrasts with the more traditionally poetic style (51). There is a premium on the importance of sleep, even prolonged sleep, through which some semblance of mental harmony can be achieved, despite the “gentle intruders” that are “awkwardly present” from the far side (45). Literacy itself is something historically women have been cut off from, and she uses her own linguistic technology to give voice to strangled witnesses. The inheritance of clerical texts is “a coded labyrinth” that is available and open but must be infiltrated with constant vigilance (60).

Toward the climax of the book, in an overwhelmingly sustained and passionate version from the early Irish “Woman of Beare,”—which at this stage seems the perfect persona for Ní Chuilleanáin to inhabit—she praises the survival of threatened communication systems both classical as in church Latin and that of peasant extraction:

I could see the small languages clustering

Beating their wings madly against the mad cage

The final group of poems is a crescendo of vividly imagined scenes that are sensual and exactly convincing:

Fresh as the ribbons and cherries

The color and natural innocence retrieved here is counterbalanced by the black lace embroidery of the sister’s formal evening skirt in the fully convincing poem of that name. It is a triumphant celebration of art, mastery, beauty, self-containedness, a bringing together of generations whose skills have been passed on, without any of the negative emotions of loss and waste being referred to. This perfect setting of full maturity in a life leads irrevocably to the “old shirt,” which will see the Woman of Beare out, her thin grey hair with its cheap veil, white as opposed to colored (60).

My dress be newer now

If I had played safer?

It was a fine green dress

My king spread on Drumain;

The worker knew his craft,

Ní Chuilleanáin’s fine sonnet about Palmers Green Station pulls together the present travel, past alighting, pluperfect loss of a shoe by the distracted mother returning from the hospital, finding solace in that “everything lost on the earth can again be found” (38-9). She reassures us that “Music is why we live,” when one language rises up before us “like a quay wall draped in sable weeds” (33, 43). The final song is a courageous meditation on mortality, the dissolution of flesh, the sea of youth, and high days with great kings, using sprung rhythm and quatrains to enact the play of full and low tide. Like Anna Akhmatova whom Joseph Stalin condemned as “a whore and a nun,”[2] she “means business” throughout this dream shine of a book (47, 64).