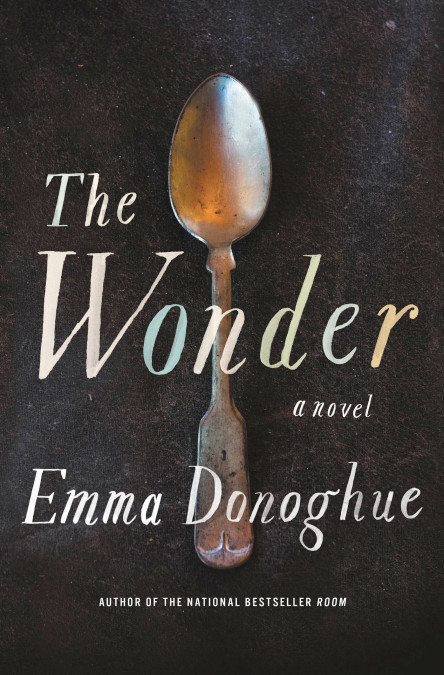 Like Emma Donoghue’s acclaimed and best-selling novel Room before it, The Wonder is in part about how we make and perceive the world around us while moving within the alternate worlds and perceptions of others. Donoghue’s latest, captivating novel entangles the intimacy of imaginative world-making with large-scale, and often destructive, social forces and structures of power. When an English nurse named Lib Wright travels to a remote Irish village to observe a supposed “miracle girl” who has not eaten for four months, she pictures herself like the keeper of the madwoman in the attic of Charlotte Brontë’s Jane Eyre. Yet it is perhaps Lucy Snowe of Brontë’s Villette who offers the more apt analogy to Lib’s presence in Ireland. Lib, like Lucy, travels alone to a Catholic land as a Protestant. Much of the narrative momentum and mystery in Villette centers on Lucy’s misperceptions about the foreign land to which she has traveled and in which she has become a teacher. Similarly, Lib, as the narrator of The Wonder articulates in the closing lines of the first chapter, understands nothing about Ireland (62). Such misunderstandings and fallible perceptions find far more nefarious backdrops for Lib than they do for Lucy’s travels to the kingdom of Labassecour; the English nurse’s stereotyping of the Catholic villagers has been absorbed from the discourse of the British Empire.

As indicated in the “Author’s Note” at the end of the novel, The Wonder offers a fictional account of the real nineteenth-century phenomenon of “fasting girls.” Anna O’Donnell, the miracle girl of the novel, swears that she has digested nothing, save a few spoonfuls of water per day, since she turned eleven, four months prior to Lib’s arrival in Ireland. Dr. McBrearty, the O’Donnell’s physician, sends news of the miracle to The Irish Times in Dublin; fearing that he will be discredited and shamed by his peers in the medical profession, McBrearty brings Lib over the Irish Sea to determine with utmost certainty and validity whether Anna presents a hoax or is an example of a genuine miracle. Prior to her appointment to a London hospital, Lib trained under Florence Nightingale during the Crimean War. Armed with a rationalist approach to the fledgling nursing profession, Lib expects to quickly unveil Anna’s story as nothing more than an elaborate ruse meant to swindle faithful believers for donations. For someone meant to uphold an impartial and disinterested view of the situation, Lib spends much of the first half of the novel determined to catch Anna in the act of lying. Her presuppositions about Ireland—framed by a colonial discourse that views the Irish as superstitious, gullible, and untrustworthy—attenuates the apparent objective sophistication of the rationalist approach to medicine. However, Lib is not alone in such presuppositions; alongside the nurse, Anna’s doctors, her community, and even her own family focus on vindicating their own perceptions of events, all the while neglecting to properly care for the young girl.

Donoghue deftly layers these complexities in the narrative to illustrate how the neglect of Anna is symptomatic of larger social structures of power. Lib’s rationalism and practice of medicine, after all, cannot be disassociated from the underlying prejudices of colonial discourse, as made clear during her initial examination of Anna: “the girl was very pale, but then Irish skin was generally so, especially on redheads, until the weather coarsened” (35). Relatedly, Lib fails to recognize the deeper historical implications that correlate to Anna’s “fasting.” The novel is set less than a decade after the worst years of the Irish famine. When on a walk with a Dublin journalist, and eventual love interest, named William Byrne, Lib thinks about a mass grave that she had stumbled upon behind the local church. William then explains the extent of the damage the famine wrecked upon Irish villages, to which Lib responds: “wasn’t some kind of potato fungus to blame” (165). Even at this point in the narrative, Lib rejects the possible responsibility of the British in the fortunes of Ireland. Her experiences in Ireland never really dissuade her views of the people. The question that she ponders when first arriving in the country, whether it was “true that the Irish were impervious to improvement” (7), still seems to resonate with her by the end of the novel, even as she takes a more dramatically active role in the fate of her charge. Thus the world that Lib makes, one in which rationalism and scrupulous work habits will explain all, stems in part from the way she upholds the tenets of empire.

Much to Donoghue’s credit, The Wonder never moralizes on any of these various points. Instead, the narrative lets the perceptions and misconceptions of the characters exist as collision points in the intersections of power. For example, rationalism, gender, and colonialism coalesce in one particularly affecting scene. Upon meeting Anna for the first time, Lib begins to take precise, careful, and scientific measurements of the young girl, which includes the racist empiricism of phrenology—she measures Anna’s “girth of skull…above brows” (34). Shortly thereafter, Lib measures Anna’s waist and hips and cannot demarcate any signs of starvation, instead thinking “this girl’s belly was rounded, if anything. Fashionable belles tight-laced these days in hopes of a sixteen-inch waist, and Anna’s was five more than that” (36). The first practice of nursing depicted in the novel compartmentalizes the young girl into desired attributes on two levels: imperial subject and gendered body. Lib’s initial work parcels Anna into a medical blazon for society and science.

Yet, as much as Lib participates in certain power structures, she is also subjected to them. Her determination to rationalize Anna’s condition, over and above any care the girl might receive, stems from a desire to continuously legitimize herself and her profession amidst a male cohort of doctors who are variously condescending and/or inept. And as much as the novel illustrates the entanglement between scientific philosophies and the structures of empire, Donoghue also casts a critical glance at the superstitions of the unthinkingly religious; the O’Donnells, after all, are just as complicit in the neglect of Anna as Lib. As much as Lib cannot understand the impact that the British Empire and the famine have had on the Irish, Donoghue does not spare the religious and moral conservatism dictating the community. And therein lies the crux of The Wonder: rarely will Donoghue lay blame for Anna’s condition on the characters independent of their social contexts. In not allowing her characters to become figures for scorn, Donoghue has crafted a deeply human novel.

History and imaginative world-making lend a panoramic scope to the human connections and disconnections of Donoghue’s writing. In that sense, The Wonder works within an established Irish literary tradition of famine narratives. The devotion to interpersonal relations and the function of community bring to mind the sociological lens of Liam O’Flaherty’s novel Famine (1937). Donoghue invigorates this tradition by moving within and beyond the questions of Empire and religion. The Wonder grapples with intergenerational trauma, sexual trauma, the politics of medicine and of care, and the gender presuppositions of the mid-nineteenth century. Always these intersections of power and discourse unfurl naturally from the interactions of the characters, most notably through the changing relationship between Anna and Lib. Over the course of the narrative, Lib becomes increasingly invested in the well-being and care of Anna until—in a deeply problematic, troubling, and ambiguous development—she becomes a surrogate mother figure. Although the final iteration of their relationship presents the only moment of the novel that perhaps veers towards the predicable, this movement nonetheless captures one of the central concerns of The Wonder. The shadows of empire, and of the other structures that shape the dynamics of society, obliquely fall over any attempt at compassion or interpersonal connection. Lib’s presence in the worlds of Anna’s family, of the Irish village, of the medical profession, and of the British Empire, means that care and dependency are always political.