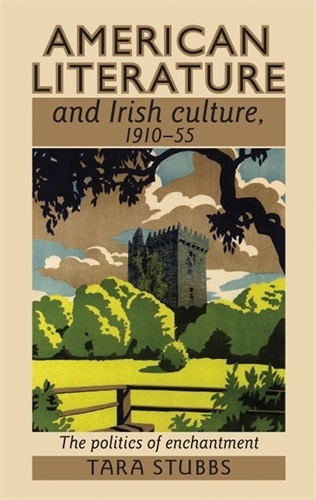 Academic prophets have heralded the death of Jewish American literature for decades. Intermarriage, assimilation, and shrinking demographics were all seen to signal the demise of the genre. Yet in the twenty-first century, new blood—often supplied by post-Soviet immigrant and Hasidim writers—has reinvigorated the corpus. Irish American literature too is often regarded as exsanguinated, fatally linked to a group whose particular ethnic hue paled over the twentieth century, rendering it all but indistinguishable from mainstream American culture. Yet like Jewish America, Irish America has been revitalized by transfusions from Europe, with the Irish recessions of the 1980s and 2000s bringing fresh generations to American shores. One such migrant, Paul Muldoon, writes of Ireland from this distant vantage as a place taken in by its own “blood splendor,” where “Every cut was a cut to the quick” and “Every point was a point of no return.”[1] Muldoon and many recent Irish expatriates have few illusions about the country they have left behind. This sets them starkly apart from the descendants of previous Irish settlers, for whom Ireland is often regarded as a place of wonder. This tension is a healthy reminder that seemingly stable identities—like “Irish American” or “Jewish American”—are always, inevitably, in flux.

Just as today’s Irish migrants are forcing reconsiderations of what it means to be Irish American in the twenty-first century, Irish Studies scholars are reinterpreting what it has meant to be Irish American in the past. In historical terms, conceptions of Irish American identity were disrupted in the 1980s, when surveys discovered that the majority of Irish Americans were Protestant. This shook—though did not shatter—the assumption that “Irish” naturally meant “Catholic.” Recent literary scholarship has robustly challenged this and other misperceptions about Irish identity in America. Tara Stubbs’s American Literature and Irish Culture, 1910-1955: The Politics of Enchantment (2017) is one such work. The seminal Irish American Studies scholar, Ron Ebest, says of Irish American identity: “not everyone… can be Irish: ancestry, no matter how elastic intermarriage may make the definition, remains the crucial element.”[2] Yet he adds this paradoxical corollary: “ethnicity is an expression neither of nationality nor of religion nor of class nor of race. It is an expression of desire.” Stubbs sets out to probe this seeming contradiction between bloodline and desire.

The book brings together not only those with conventional Irish (read “Catholic”) backgrounds such as F. Scott Fitzgerald and Eugene O’Neill, but also those with less obvious ones like Marianne Moore (of remote Anglo-Irish extraction) and John Steinbeck (descendant of Ulster Scotch immigrants), and those with none at all—Wallace Stevens, John Berryman, and the Jewish American poet Babette Deutsch. What links these writers for Stubbs is their creative attraction to Ireland at various points in their careers. As such, her book sets out to explore “why American modernist writers might have become enchanted by Irish culture, or disenchanted at other times, and to describe how they responded to these moments of (dis)enchantment” (9). American Literature and Irish Culture challenges religious, national, and gender assumptions in a field that remains heavily focused on the Irish Catholic male arteries to the exclusion of more subtle connective capillaries that link these bodies of literature.

The first chapter, “Cultural and Racial (Dis)Affiliations,” thus examines the literary and cultural inspiration Ireland provided not only for Fitzgerald and O’Neill, but for Steinbeck and Moore as well, all of whom were enchantment-afflicted: “What all of these writers have in common is the fact that their Irish heritage was exaggerated or romanticized in order to give their writings an intimacy and a cultural depth” (18). However, they each complicate their idealized visions of Ireland in significant ways, in a process Stubbs describes as simultaneously “naïve and knowing” (103). In the social and cultural upheaval of the 1910s and ’20s—Great War slaughter, mass industrialization, rapid urban expansion—American writers often turned to Ireland as a pre-modern, heroic, and homogeneous space that provided an antidote to the ills of modern materialist culture. Stubbs points out the irony that “for some of these writers, the very qualities that they were seeking in Irish culture—permanence, coherence, continuity—were the same qualities that they were prepared to break with in their understanding of nations and national literature” (11). Yet their reading of Irish literature (Fitzgerald of Joyce; Steinbeck and O’Neill of Synge; Moore of Yeats), often forced them to reconsider their, at times, simplistic visions of Ireland. For all of them, then, their Irishness was “a process of cultural selection” (49).

Chapter 2, “American Modernists and the Celtic Revival,” continues to look at Moore and Steinbeck, while also considering the poets Wallace Stevens and Louise Bogan, specifically focusing on the links between Irish revivalists and their American counterparts. Stevens’s mid-century correspondence with the now largely forgotten Irish poet Thomas McGreevy reveals his idyllic views of Ireland. Sadly for McGreevy, when they finally met Stevens seemed much less interested in the urbane man of flesh than the stoic “man made out of words” (qtd., 88) that he had imagined through their letters. This is a common trait in the authors studied here, who often become disillusioned when their fantasies of Ireland give way to desolate reality. Steinbeck experienced the same disappointment as Stevens when he arrived in Derry to find any traces of his ancestors long disappeared: “reality was violating every inherited memory and I was saying to myself that if the old folks went away from here, maybe they had good reason” (qtd., 126).

The third chapter, “Rural Ireland, Mythmaking and Transatlantic Translation,” traces the parallels between the pastoral works of American writers such as Steinbeck and those of Irish short story writers like Liam O’Flaherty, Seán Ó Faoláin, and Frank O’Connor. It “underlines the ways in which this preoccupation with the rural, and disinterest (or even disgust) in the urban, shaped the ways in which American modernists responded to, and translated Irish landscape within their works” (105). The chapter opens with an epigraph from Moore’s “Spenser’s Ireland,” “a place as kind as it is green / the greenest place I’ve never seen” (102), which, as Stubbs suggests, captures Ireland not only as a place “yet to be visited, but also… [as] a place [that] does not ultimately exist” (129). Moore, whose views of Ireland become more fractious throughout her life—and throughout this book—emerges as one of the most incisive of the discussed writers on the country, and she frequently and perceptively undermines her own halcyon visions of the Emerald Isle.

The penultimate chapter, “Enchantment and Disenchantment in Political Poetry,” reflects on responses to the 1916 Rising in the writings of Moore and her correspondent Lola Ridge, the Dublin-born American socialist poet. This leads on to Moore’s next imaginative return to Ireland in 1941, when neutrality changed the heroic image of pre-independence Ireland into something more complicated. “Spenser’s Ireland” is at once “a celebration of Ireland’s cultural heritage and a critique of Irish stubbornness and isolationism” (149). Stubbs investigates the early manuscripts and convincingly argues that Moore’s poem, begun with a deep anger about Ireland’s refusal to join the war, becomes more balanced as she redrafts it: “through reading an eclectic range of literature by Irish writers, [Moore] was inspired to abandon some of her frustrations, falling under the spell of Ireland despite herself, and creating a poem whose attitude towards Ireland is apparently contradictory” (153). As with Yeats, Moore’s poetry gains its vitality from such unresolved conflicts.

Fittingly, the final chapter, “The Legacy of Yeats’s Poetic Conviction,” looks at how American writers responded to Yeats’s poetry, taking in John Berryman, Ezra Pound, Moore, and Deutsch. Moore responds to Yeats in both poetry (such as “To William Butler Yeats on Tagore”) and in print, with her reviews for The Dial ranging from adulation to admonishment. Her ambivalence towards Ireland, then, is paralleled in her relationship with its leading poet. The chapter moves on to discuss Berryman’s own equivocal views on Yeats, taking their correspondence and the younger poet’s time in Ireland as a starting point. Yeats, it seems, provided an overbearing model for Berryman, who would later reject his early work as too derivative of the Irishman’s. The chapter closes by hinting at further areas of study, including, tantalizingly, Yeats’s influence on the Beat Generation.

In a book centrally concerned with taking the outward, expansive view, it seems only right that the conclusion, “Cultural credibility in America’s Ireland—and Ireland’s America,” points to intriguing new directions for research. Stubbs suggests that “Another angle that needs to be considered is Ireland’s lasting view of America, in terms of its own projected idealization of the country to which a large proportion of its emigrants since the 1800s have travelled to seek a new life” (212). Considering the achievements of this book (first published in 2013, and reprinted here in affordable paperback), it would be a shame if Stubbs did not produce a second volume that would give this obverse view. While here she questions American mythologies of Irish innocence, there she might explore Irish fictions of the American Dream. American Literature and Irish Culture gets to the heart of the connection between these two countries—not lineage, but longing. Along with other studies that consider American literature’s global contexts, such as Steven Watts’s “Something Dreadful and Grand”: American Literature and the Irish-Jewish Unconscious (2015) and Kathryn Stelmach Artuso’s Transatlantic Renaissance: Literature of Ireland and the American South (2013), this book provides a timely remedy for an increasingly inward-looking America.