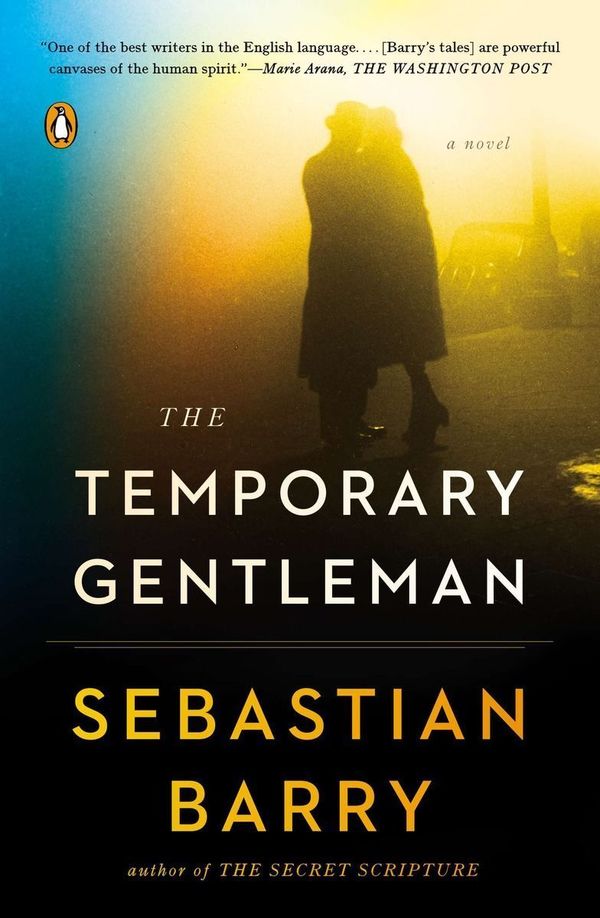 To be a father in Irish fiction is to be up against it from the get-go. From Seán O’Casey to Roddy Doyle, the Irish patriarch, or paterfamilias, has been placed into either one of two categories: patriarchal tyrants or ineffectual absentees. This is a gross generalization, of course, but it is not far off the mark: we think of Simon Dedalus in Joyce’s A Portrait of the Artist as a Young Man, Mr. Brady, or “Dada” in Edna O’Brien’s The Country Girls, Moran in John McGahern’s Amongst Women—the list goes on. Despite their abundance, however, it is notable that these fathers are rarely given voice to narrate their own stories. Instead, they are either talked about or represented only by their absence. In The Temporary Gentleman, Sebastian Barry’s most recent novel, this silence is broken as an absent father attempts to reclaim the space that he has vacated and redeem his credentials “as a father and a man” (268).

The protagonist of The Temporary Gentleman is Jack McNulty. Jack, or the “buveur of Sligo,” is based on Barry’s maternal grandfather, Jack O’Hara, a “temporary gentleman” who was commissioned in the British Army during the Second World War. Notably, The Temporary Gentleman is not Barry’s first telling of Jack O’Hara’s story; readers familiar with the author’s earlier work will recall meeting Jack in the 1998 play, Our Lady of Sligo, wherein Barry tells the story of the character’s troubled marriage to the beautiful Mai Kirwan. Told from Mai’s perspective, what emerges in the play is a portrayal of Jack that was, Barry has confessed, in retrospect, “very hard.”[1] Based predominantly on the accounts of Barry’s mother, the famous Irish actress, Joan O’Hara, this is perhaps not surprising; as Barry recollects, “while he [Jack O’Hara] was alive, […], [a]ll her stories were for her mother and against her father.”[2] In The Temporary Gentleman, however, the narrative perspective is reversed and Jack McNulty is given voice to narrate the sad history of their marriage and to confess his own culpability in its demise.

The first-person narrative deployed in the form of a written testimony has become a defining trait of Barry’s novels; the narrators of Annie Dunne, The Secret Scripture, and On Canaan’s Side all set out to write their stories down in the attempt to come to terms with the lot that has befallen them in life. Sitting in his cabin in Accra in 1957, Jack also records his story in his “old minute-book” with the hope of achieving some form of reconciliation with the past. Unlike Barry’s earlier narrators, however, Jack is not the victim, but the villain in the story he recounts; this is “the history of a bad man” (269). Thus, his account is not a testimony but a confession.

Barry establishes this confessional tone early on in the novel when Jack reveals his purpose for writing:

I must go back over everything […]. Write it down honestly in this old minute-book of the now defunct Gold Coast Engineering and Bridge-Building Company. Then the man who goes back to Ireland will be a better man, a mended man. That is my prayer now. (27)

In this passage, as in the rest of the novel, confession and redemption are intimately bound up with a desire to return home, thus situating The Temporary Gentleman, like so much of Barry’s fiction, within the genre of exile literature. In giving voice to those who are not present, literature of exile facilitates what George O’Brien has referred to as the “representation of the missing,”[3] and throughout his body of work, Barry has utilized this literary device to depict characters who remain outside of the Irish nationalist community due to political allegiance or religious affiliation. In The Temporary Gentleman, however, Barry employs the theme of exile to depict a father’s estrangement from his own family.

In comparison to Frank Kirwan, Mai’s own “utterly present father” (46), Jack’s role as paterfamilias is defined by his absence, which is both literal (as when Jack works abroad for the British Services) and figurative (Jack’s intoxication). Following Mai’s death, Jack takes up a form of self-enforced exile in Accra where he has fled to escape the guilt of his failure to live up to his responsibilities as a father and husband. Unlike his brother Eneas, the protagonist of The Whereabouts of Eneas McNulty, Jack is free to return to Ireland at any time. Acknowledging this fact, Jack writes:

The truth is I shouldn’t be here in Ghana. I should be at home in Sligo, sorting out something for my children. I should be there, even on the margins, ready to help, ready to advise. That is what a father can do. Instead I am lurking here in Africa like a broken-down missionary, without church or purpose, and merely holding off the hour of my leaving. (27)

For Jack, in order to return home, he must first confess his wrongs. In confessing his failures as a husband and a father, Jack is brought into deeper reflection on questions relating to human relationships, love, and life. Subsequently, The Temporary Gentleman is peppered with Barry’s typical paragraphs of existential reflection, where questions such as “What is it that binds one soul to another?” and “Are there things we do that rescind our humanity, and bring us to death before real death?” (233) are posed. While beautifully conveyed, these instances are not where Barry shines. Rather, it is in the moments when the prose blurs into poetry that Barry’s talent for lyricism emerges. Notably, these occur when Jack’s emotions are most raw. For example, Jack describes the burial of his son Colin as a moment “When the mother stood there without her child. When the father stood without his son” (179), or, when recollecting Mai’s death, he laments: “I miss her face, its beauty and its beauty lost” (276).

As in much of Barry’s work, forgotten narratives of Irish history serve as the subplot running throughout The Temporary Gentleman. In Our Lady of Sligo, Barry delivered a powerful account of the decline of the Catholic bourgeoisie in post-independence Ireland[4] and it is possible, indeed tempting, to read Jack’s failure to replace Frank Kirwan as paterfamilias as a commentary on the lost future of this class. But while Barry’s use of political allegory elsewhere has been seen as lessening the impact of the individual tragedies of his protagonists,[5] in The Temporary Gentleman, the national narrative remains secondary to the personal tragedy of Jack McNulty. Jack’s crisis of masculinity, if we dare call it that, is a personal crisis rather than a social one.

Through its depiction of the absent male protagonist, The Temporary Gentleman offers a powerful example of what Joseph O’Connor refers to as “image-breaking” that has come to define Barry’s work. In placing the individual above the national, the personal over the political, Barry’s depiction of the drunken / absent Irish father goes beyond that that of a traditional archetype in Irish literature. By narrating his own story, Jack McNulty becomes more than an emblem for a society defined by failed masculinities but is instead a fully realized character with whom the reader can sympathize.

With family connections, characters living in exile, and recovered narratives from Irish history offered up in beautiful prose, The Temporary Gentleman contains all the hallmarks of a Sebastian Barry novel. What distinguishes this novel from Barry’s earlier work, however, is the welcome interjection it makes in the treatment of the absent father in Irish literature. If in Barry’s earlier play, Our Lady of Sligo, Jack was depicted as being the quintessential Irish father, indicative of and responsible for what Roy Foster has referred to as “lost futures,” in The Temporary Gentleman, Barry gives his protagonist the opportunity to repent and “to try [his] utmost to throw a makeshift bridge towards the future” (275). Thus, the novel fittingly ends with the absent father’s return home.

[5] Elizabeth Butler Cullingford, “ ‘Colonial Policing’: The Steward of Christendom and The Whereabouts of Eneas McNulty,” in Out of History: Essays on the Writing of Sebastian Barry, ed. Christina Hunt Mahony (Washington: Catholic University Press of America, 2006), 141.