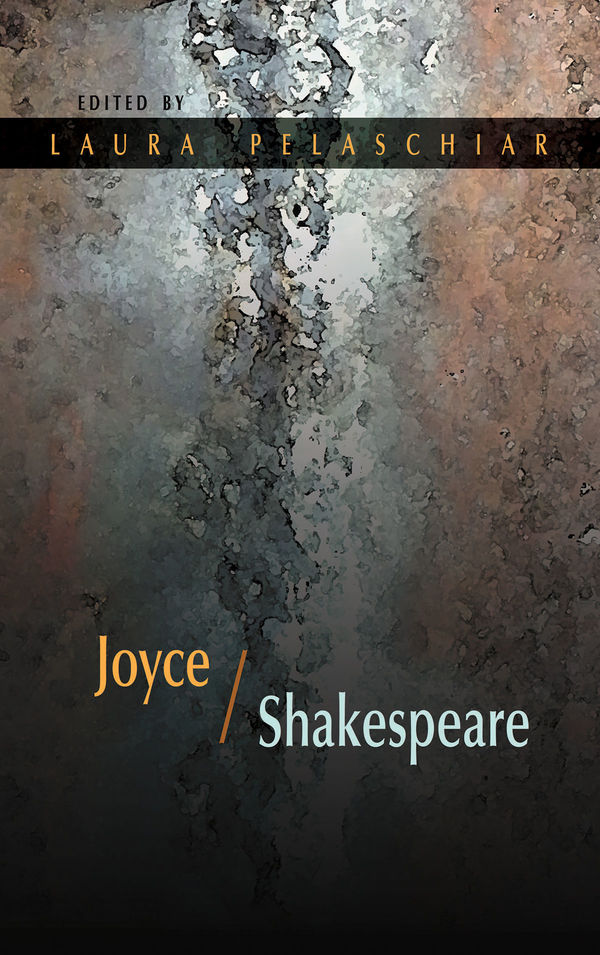 There may be more things in heaven and earth than are dreamt of in one man’s philosophy, as Hamlet says to Horatio on the parapets of Elsinore—but it is equally sure that the aggregate practitioners of literary criticism have filled more pages about the works of William Shakespeare and James Joyce than of any other literary figures in the history of English and Irish literature. Both authors bestride the English language like a colossus. Both added immeasurably to that language itself, and expanded later writers’ ideas of what could be done within its precincts exponentially. Joyce felt the weight of Shakespeare’s precedence acutely. Joyce may not have claimed it himself, but as Frank Budgen recounted, his wife Nora once said “Ah, there’s only one man he’s got to get the better of now, and that’s that Shakespeare!”[1] Previous studies by Adaline Glasheen and Vincent Cheng in particular have shown that Shakespeare is a compelling and haunting presence in Joyce’s work: now Joyce/Shakespeare arrives to complicate that relationship considerably.

In Joyce/Shakespeare Laura Pelaschiar has assembled a group of noted Joyceans to contemplate the multifaceted—or to use one of her favorite terms, “tentacular”—hold that Shakespeare held upon Joyce’s imagination. In the past, as she points out, attention to Shakespeare in Joyce has tended to focus on Hamlet, and to zero in on the obvious centrality of the prince of Denmark to the “Scylla and Charybdis” episode of Ulysses, with some subsidiary attention paid to Shakespeare’s ineluctable textual modality within the dreamscape of Finnegans Wake. Pelaschiar’s collection does not ignore those inevitable touchstones, but adds to them a sense of the implications of Shakespeare’s plays to a wider range of Joyce’s works than previously recognized, while uncovering theatrical and historical frameworks within which Shakespearean touchstones in Joyce take on new significance.

At their most straightforward, some essays appear as fairly traditional influence studies. Giuseppina Restivo argues, for instance, that Joyce’s play Exiles owes a structural and thematic debt to elements of The Tempest. Valérie Bénéjam disentangles the various ways in which Troilus and Cressida underlines the “Cyclops” episode in Ulysses more thoroughly than has been previously understood, analyzing Joyce’s use of spoken dialogue and exploring how political double-meanings emerge rhetorically both in Shakespeare’s history plays and in Joyce’s quasi-Shakespearean recension. Pelaschiar offers a reading of adultery in Ulysses that demonstrates the complex interrelationship between the character of Bloom—the fantasizing and racially marked cultural outsider—with Shakespeare’s Othello. (And is it possible that Molly’s Lieutenant Mulvey is arguably parallel, at least in rank, to Desdemona’s Lieutenant Cassio?) These essays usefully broaden our sense of Shakespearean influence in Joyce’s texts, while, in Bénéjam and Pelaschiar’s cases, offering subtle readings that blend New Historical and cultural insights into our understanding of Joyce’s techniques—including, in Bénéjam’s essay, how Joyce’s attendance at a German performance of the play in Zurich may have informed his thinking about the structure and layers of irony of “Cyclops.”

The central essays of the book tread the well-paced boards of Shakespeare and “Scylla and Charybdis,” but with considerable historical ingenuity and revivifying theoretical reframing. John McCourt explores how the intellectual culture of Joyce’s Trieste, including the records of Joyce’s lost Triestine lectures on Shakespeare, informed the materials of the chapter, and includes some intriguing side notes on possible Joycean connections with early film versions of Shakespeare plays. Vike Martina Plock takes seriously Goethe’s nominally rejected version of Shakespeare as a notable intertext of the chapter, as a way of showing how Stephen’s lecture is both “dismissive of and subservient to Romantic inflections” (91). Most ambitiously, Richard Brown—whose earlier work on Joyce and Shakespeare serves as a point of reference throughout the volume—reads Stephen’s Shakespeare in the contrasting theoretical lenses of F. T. Marinetti and Walter Benjamin, finding intriguingly in Stephen’s verbal performance a kind of Futurist cabaret, and in the figure of Shakespeare as a “single actor” an arguable figure of both Futurist theater and a version of the Benjaminian flâneur.

The volume is rounded out by essays on Shakespeare and Finnegans Wake by Vincent Cheng and Paul Fagan, and a pair of essays that stand independently of thematic clusters, one by Dieter Fuchs on Renaissance analogy and correspondence, and a study by Sam Slote of egoism, empathy, and the character of Leopold Bloom. Cheng offers the provocative idea of the Wake as a kind of uber-history play: a storehouse of possibilities uncanceled by history, given birth by imagination. Fuch’s essay, on the other hand, offers perhaps too many options from the storehouse of scholarly possibilities, straining its emphasis on Renaissance modes of aesthetic construction in Ulysses. Fagan’s essay presses too hard on Shakespeare and Hamlet as the key to issues in the Wake, having to do with interpretive coherence and the construction of meaning. Finnegans Wake, like Hamlet’s cloud, may seem to different readers “very like a whale,” [2] depending on their respective coigns of vantage, but Fagan tends to make much ado about Hamlet when so many other theoretical and interpretive contexts suggested by the Wake could readily lead to the same conclusions.

Overall, Joyce/Shakespeare scores a palpable hit. It provides a useful and imaginative set of intellectual reframings for a literary relationship that has long been recognized but has not previously been evaluated through the lenses of the newer historicisms or of the new modernist studies. At one point in Finnegans Wake, Joyce refers to Hamlet as the “prince of dinmurk.” [3] The scholars represented in Joyce/Shakespeare find the harmonious music in the relationship of Joyce to the melancholy Dane and to his creator as often as the din of the anxiety of influence and cast original light into the too-frequent darkness of the complex interrelationships of their two subject authors.