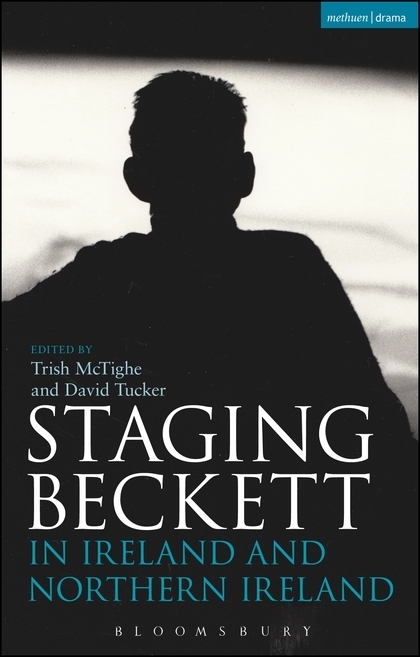 If one remained on the fence about including Beckett in the Irish theater performance canon, allow Christopher Murray to put such fears to rest: “The Irish Beckett...is here to stay” (xv). Rather than laboring to defend this perspective, the essays collected in Staging Beckett in Ireland and Northern Ireland address the fragmented remains of Ireland in Beckett’s work and the ways “they are called up by the stage” (xxv). As a companion volume to Staging Beckett in Great Britain, the essays waste no time treading familiar ground and jump straight to illustrating the enthusiastic reception of Beckett’s work in Ireland—and to a lesser extent Northern Ireland. Editors Trish McTighe and David Tucker have made the specifics of the Irish theater scene approachable despite its international and tightly-woven connections. Commendably, the two have kept the work sharply focused on Ireland—primarily by zeroing in on individual theaters and directors. By charting how Irish performances portrayed Beckettian traces of an Irish voice and hints of place, the essays in Staging Beckett narrate an Irish theater approach from inception to its contemporary resonances.

Because of the Irish focus, Staging Beckett is as involved with Beckett’s life as the man himself was with Irish theater—which is to say, tangentially and somewhat distantly. Since Beckett would be busy directing in London, what is examined is often more interested with the ramifications of his absence. Details like Alan Simpson’s nurturing of a Dublin accent in the Pike Theatre’s production of Waiting for Godot, or Sarah Jane Scaife’s urban settings, are of greater interest to the volume than Beckett’s biography. How the remains of an individual performance bleed into the next, and how productions localize and complicate Beckett’s work, define Staging Beckett.

The volume is broken into three parts: “Theatre Histories,” “Cultural Contexts,” and “Expanding the Frame,” which looks at recent productions and unorthodox methods. The theater histories are conversational in tone but exceptionally detailed; the Abbey, Pike, and Gate receive full essays, while Belfast’s Lyric gets some attention and Galway’s Druid appears later on. The essays appear to have been written to stand alone, causing some anecdotes and information to be repeated. However, this can easily be viewed as a strength for the classroom as each of the histories is straight-forward and self-contained. In keeping with Staging Beckett’s focus on theater practice, the collection also features three “Practice in Focus” essays. Written by David Grant, Scaife, and Barry McGovern, respectively, each essay provides personal insights into the artists’ approaches to Beckett’s work and their experience with productions. In these essays, the international aspect of Irish theater shines as the experts reminisce and speak frankly about their influences. Though less academic in tone, the essays are a welcome addition and a joy to read—expect to see Barry McGovern’s “Practice in Focus: ‘That’s how it was and them were the days’” on syllabi soon.

“Cultural Contexts,” however, is the standout section and provides the greatest insights. Anna McMullan’s essay, “Staging Beckett in Ireland: Scenographic Remains,” shines light on the overlooked practical elements of stagecraft and illustrates the tight production connections in the Beckett scene. McMullan’s archival effort examines in detail what is normally only given in anecdotes, yet is written to be eminently approachable to all levels of scholars, making it a perfect companion piece to any teaching of Godot. Paul Murphy’s foray into the socio-economic status of Irish youth surrounding the debut of Godot in “‘Idle Youth Waiting for Godot’: Destitution in Waiting for Godot in Relation to the Irish Performance Tradition” is similarly accessible and makes use of the running theme throughout the collection of socially-aware Beckett productions. The main attraction for linguists will be Feargal Whelan’s essay, “‘In Bantu or Erse’: Staging Beckett in Irish,” on Irish translations of Beckett. Even though Beckett’s Irish “may not have extended far beyond his passport” (136), the essay is a fascinating read, as it spans 60 years of productions, charting the changes within the Irish language movement itself alongside Beckett’s work. Soundly rounding out the section is McTighe’s “The Sonic Geography of Druid’s Waiting for Godot.” McTighe’s examination of a dislocated Godot in a “nowhere that could stand for everywhere“ (138) is a welcome change of scene from Dublin to the west of Ireland.

The final third of the book, “Expanding the Frame,” looks to more recent performances and their departures from the status quo. The section is dominated by Scaife’s stagings of Act Without Words II and Rough for Theatre I in Dublin’s underbelly. Director Scaife herself opens the section in Sontag-esque style in “Practice in Focus: Beckett in the City,” recalling her experience with the production and giving her inspiration for the gritty settings. Writing candidly of her concerns about homelessness, power abuse, and drug addiction, Scaife takes Beckett productions down a rocky road, quite literally down the streets of Dublin. Such in-depth and thought-out reasoning for deviating from Beckett’s usual aesthetic is rare and appreciated. Brian Singleton’s “Beckett and the Non-Place in Irish Performance” builds on Scaife’s insights, pushing the boundaries of what is and isn’t a stage while examining liminal zones. While purists may scoff at the urban productions or potentially chalk their innovations up to adaptation, Staging Beckett undeniably does a thorough job of presenting and contextualizing them, though the collection might be stronger for including a voice of qualification or an essay on Beckett’s own engagement with such stagings. However, the volume chooses to challenge boundaries and closes with Nicholas E. Johnson’s examination of genre transgression in “‘The Neatness of Identifications’: Transgressing Beckett’s Genres in Ireland and Northern Ireland, 2000-2015.” With increasing fragmentation of the plays’ generic elements and traces of past performances building upon each other, the Beckettian theatrical future is bright for “transgressing” productions as a “‘thaw’ of sorts” takes place “around the traditional boundaries of performances acceptable to the Beckett Estate or the more subtly hegemonic powers-that-be in Dublin” (200).  Given how much a single director can shape Irish performance history, these reflections and analyses may prove invaluable in coming years.

Although the book will not be of great interest to those solely concerned with Beckett’s thematic elements, readers will gain an appreciation for the practical side of Beckett’s theater. While ghosts and persistence are certainly themes within Beckett’s aesthetic, the ghosts here are of specific productions, the continuance of dramatic assumptions about Beckett’s work and their subversion. There is no Adorno, nor hardly any aesthetic philosophy, here—and the volume is stronger for it. Staging Beckett is concerned precisely with Beckett on the stage: the practical and cultural elements involved in producing Beckett’s avant-garde theater. The content of Beckett’s plays is not as much a concern as the manner in which it is interpreted for the stage and by the audience. The volume succeeds both as an overview of Irish productions of Beckett and as a critical history of how Beckett’s fragmented Irish elements have grown into a fully-fledged Irish Beckett. If Beckett did not choose to engage with Irish theater, then Staging Beckett shows how Irish theater has firmly resolved to engage with Beckett.